A number of foreign workers were caught for immigration offences over a series of operations by the authorities.

One foreign worker at Mukim Berakas ‘A’ was detained by enforcement officers from the Immigration and National Registration Department (INRD) for overstaying after his immigration pass had expired.

The worker faces imprisonment not of less than three months and at least three strokes of the cane. He also faces deportation and blacklisted from entering the country.

A runaway worker was also detained in another operation in the same area, and ordered to report to INRD for further investigation.

Two foreign workers were ordered to report to the enforcement unit for further investigation for working at a place not stated in their work passes.

Violators of immigration pass requirements can face a fine of BND600, cancellation of the pass, deportation and blacklisted from re-entering the country. 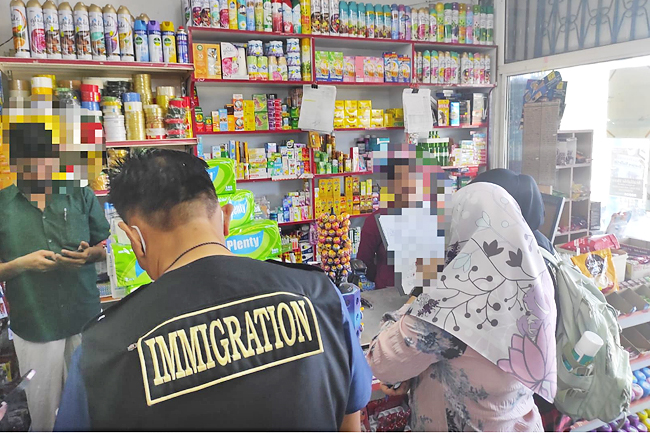