THE WASHINGTON POST – In five new thrillers, outsiders come out of the woodwork: They peer behind the doors of a locked mansion, menace a corrupt police department, and threaten a small town, a Tokyo corporation and a powerful family.

These outsiders are all damaged, which makes them formidable. As Josephine Hart wrote: “Damaged people are dangerous. They know they can survive.”

Lavender House by Lev AC Rosen (Forge) is a new take on a Golden Age crime novel. Its 1950s setting is richly cinematic, with bananas foster and a fantastic mid-century soundtrack.

Lavender House is a grand estate outside San Francisco where the family and staff are strange; their home is the one place where they can live freely and openly.

After their matriarch is killed, her widow hires a private investigator to determine who among them is a murderer.

Everything about the crime – the perpetrator, the victim, the motive – has a deeper meaning. After all, as one character says, “Everything we do is criminalised.” 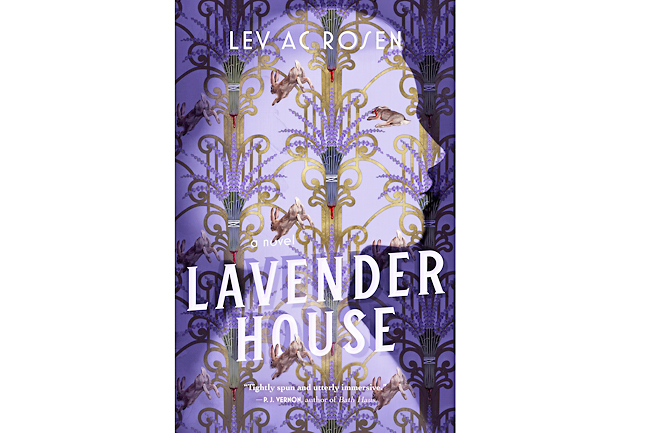 “You’re on the wrong side, sister,” a young man tells Detective Inaya Rahman after a clash with the police, in Ausma Zehanat Khan’s Blackwater Falls.

Inaya is harassed by her fellow police officers and distrusted by much of her town. But she wants to change the police from the inside and to find justice for Razan Elkader, a young Syrian refugee who was murdered, her body arranged like a crucifixion.

In a violent, divided town, Inaya is our moral centre, with an unstinting gaze. Blackwater Falls is a tense and propulsive read from the start all the way through to its surprising, piercingly sad final chapter.

In Wanda M Morris’ Anywhere You Run, two sisters are in jeopardy as they flee their hometown in the Jim Crow-era South: One has killed the man who attacked her, the other is single and pregnant.

Separately, both sisters journey away from Mississippi, relying on their strength and intelligence to outmanoeuvre brutal police officers and bigoted White business executives, “monsters draped in seersucker suits and straw fedoras”.

As the sisters try to outrun their pasts, the fast-paced narrative makes for heart-in-your-throat reading; the reasons they must flee feel, unfortunately, all too current.

A sprawling, absorbing saga, Lady Joker Volume Two examines a vast web of characters affected by a kidnapping and sabotage case in Tokyo.

The action moves fluidly from news desks to corporate offices, as the police and press track a shadowy crime group calling itself Lady Joker.

Yuichiro Goda, a police officer posing as a bodyguard, is an outsider in a realm of salarymen. A companion tells him to polish his shoes, to better fit in: “Look at the shoes of the bigwigs at those corporations. The gleam could blind you, you know what I mean? That shows the fortress around their hearts.”

Kaoru Takamura is a lauded crime writer in Japan, and Lady Joker, translated by Marie Iida and Allison Markin Powell, shows us why.

In Catherine Steadman’s latest thriller, The Family Game, a woman engaged to the eldest son of a rich, powerful dynasty receives a tape describing a series of crimes. Is the tape a confession, a test or a game?

Over Thanksgiving, Krampusnacht and Christmas, Harriet Reed is drawn into a game of cat-and-mouse with the Holbeck family.

Steadman, an actress who appeared on Downton Abbey, constructs the family’s glamorous world with wit and a knowing eye.

The Family Game is both sharply modern and timeless, with strains of King Lear, Dickens and PD James’ postwar holiday chillers.