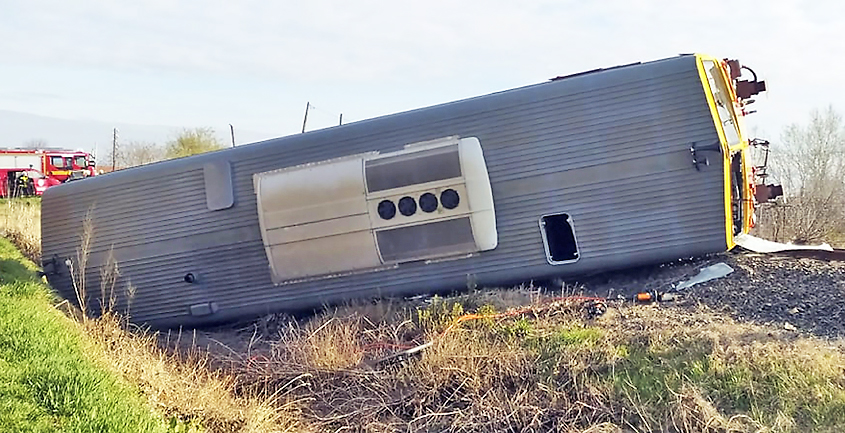 The accident occurred just before 7am in the town of Mindszent. Police said a flatbed truck carrying workers drove onto the train tracks and was struck by a train, which derailed from the force of the collision.