First-time blood donor, Adi Yusri said his colleagues encouraged him to join the blood donation drive after finding about the campaign held at the Bandar Seri Begawan (BSB) Municipal Department.

Adi Yusri, who works at the department, said he felt nervous at first but was grateful to donate blood and plans on continuing to do so whenever possible.

“I have high blood pressure and I’m on medication, so this is my third attempt and I got the green light to donate this time around,” said Nurbayura.

She said that as long as she can donate, she will continue to do so as she is aware there is a constant need to replenish the blood reserve in addition to receiving viral text messages about emergency need of blood for family members and friends. 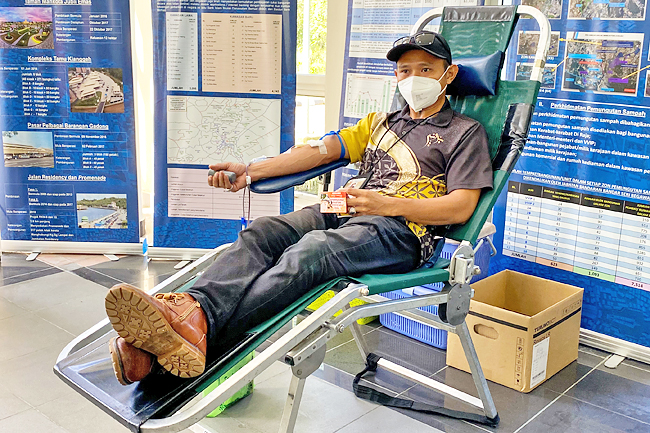 “This is my initiative from listening to announcements on the radio and reading about it on social media, and because I knew about this event earlier on, I made sure I ate my medication on time as it helps control my blood pressure,” she added.

The event was organised in conjunction with the celebration commemorating the 52nd anniversary of the renaming of Bandar Brunei to Bandar Seri Begawan.

Acting Deputy Chairperson of the BSB Municipal Board Hajah Norasyikeen binti Haji Morni was present during the event.