Firefighters from the Fire and Rescue Department (FRD) saved the day when fire broke out at two different sites in Belait District last Friday.

A house fire started around 9.13am at Kampong Pandan and eight firefighters, led by DSO Mohd Helmi bin Abdullah, were dispatched from the Kuala Belait Fire Station to the scene.

The firefighters extinguished the fire at the ceiling deck of the house.

The cause of the fire and the cost of damages are under investigation.

On arrival, the firefighters discovered an industrial vehicle in flames, which the team was able to contain in 10 minutes.

In light of the series of fires, the FRD reminded the public to equip their residences with fire extinguishers of the dry powder type and fire blankets, while ensuring electrical appliances are switched off when not in use.

Road users must ensure that any modifications or additions to the electrical system of the engine are done by certified technicians as high electric current could cause cables to burn. 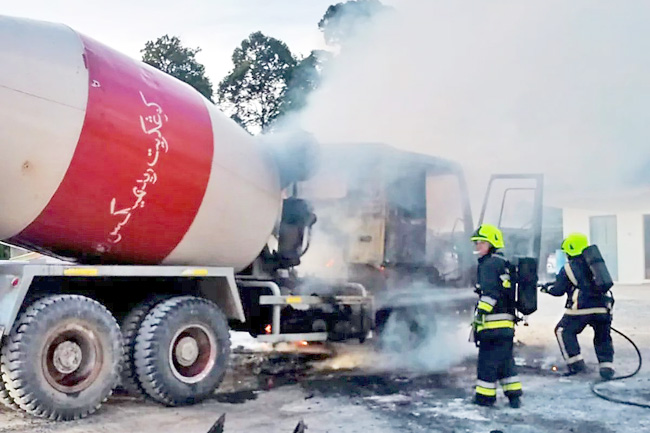