BEIJING (AP) – Authorities are investigating the cause of a fire that engulfed a covered wooden bridge with 900 years of history in southeastern China over the weekend.

The entire length of the Wan’an Bridge appeared to be in flames in video and photos of the Saturday night fire in Fujian province’s Pingnan county. No one was reported injured in the blaze. The 98-metre bridge is the longest of its kind in China. It has been rebuilt many times over the centuries, most recently in 1932. The wooden structure, standing on five stone pillars, crosses a river and had a roofed, open-air walkway.

The original bridge was built during the Song dynasty. 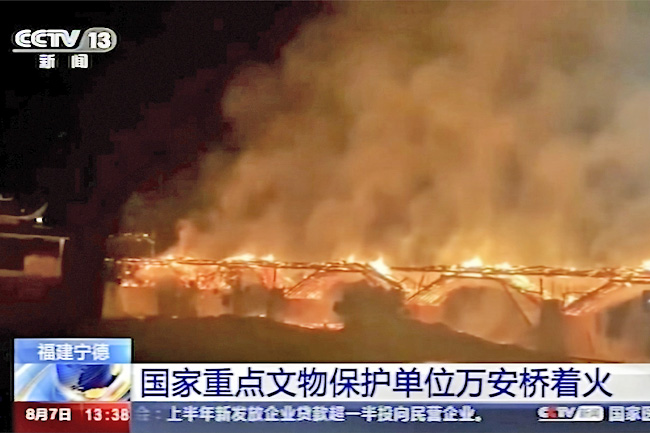