ROME (AP) – To mask or not to mask is a question Italy settled early in the COVID-19 outbreak with a vigorous “yes”. Now the onetime epicentre of the pandemic in Europe hopes even stricter mask rules will help it beat the latest infection surge.

Other countries are taking similar action as the more transmissible – yet, apparently, less virulent – Omicron variant spreads through the continent.

That’s even though all passengers in Italy, as of this week, must be vaccinated or recently recovered from COVID-19. FFP2s also must now be worn at theatres, cinemas and sports events, indoors or out, and can’t be removed even for their wearers to eat or drink.

Italy re-introduced an outdoor mask mandate. It had never lifted its indoor mandate – even when infections sharply dropped in the summer. 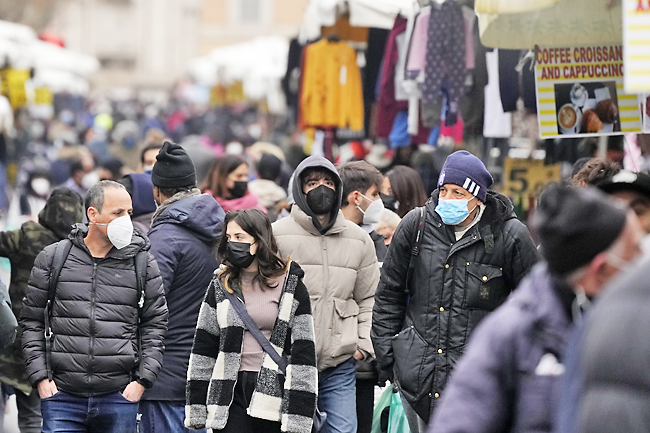 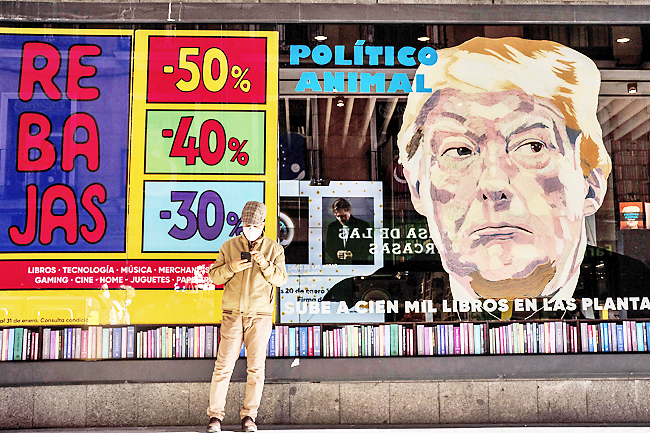 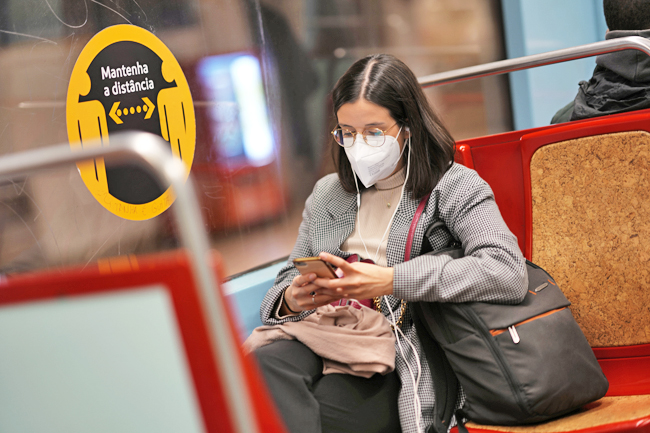 On a chilly morning in Rome this week, Lillo D’Amico, 84, sported a wool cap and white FFP2 as he bought a newspaper at his neighbourhood newsstand.

“(Masks) cost little money, they cost you a small sacrifice,” he said. “When you do the math, it costs far less than hospitalisation.”

When he sees someone from the unmasked minority walking by, he keeps a distance. “They see (masks) as an affront to their freedom,” D’Amico said, shrugging.

Spain reinstated its outdoor mask rule on December 24. After the 14-day contagion rate soared to 2,722 new infections per 100,000 people by the end of last week – from 40 per 100,000 in mid-October – Prime Minister Pedro Sanchez was asked whether the outdoor mask mandate was helping.

“Of course, it is. It’s not me saying it. It’s science itself saying it because (it’s) a virus that is contracted when one exhales,” Sanchez said.

Portugal brought masks back at the end of November, after having largely dropped the requirement when it hit its goal of vaccinating 86 per cent of the population.

Greece has also restored its outdoor mask mandate, while requiring an FFP2 or double surgical mask on public transport and in indoor public spaces.

This week the Dutch government’s outbreak management team recommended a mask mandate for people over 13 in busy public indoor areas such as restaurants, museums and theatres, and for spectators at indoor sports events. Those places are currently closed under a lockdown until at least yesterday.

In France, the outdoor mask mandate was partially re-instated in December in many cities, including Paris. The age for children to start wearing masks in public places was lowered to six from 11.

In Italy, with more than two million people currently positive for the virus in a nation of 60 million and workplace absences curtailing train and bus runs, the government also sees masks as a way to let society more fully function.

People with booster shots or recent second vaccine doses can now avoid quarantine after coming into contact with an infected person if they wear a FFP2 mask for 10 days.
The government has ordered shops to make FFP masks available for EUR0.75. In the pandemic’s first year, FFP2s cost up to EUR10 – whenever they could be found.
Italians wear them in a palette of colours.

In Britain, where Prime Minister Boris Johnson has focussed on vaccination, masks have never been required outdoors.

This month, though, the government said secondary school students should wear face coverings in class. But Education Secretary Nadhim Zahawi said that rule wouldn’t apply “for a day longer than necessary”.

When the British government lifted pandemic restrictions in July 2021, turning mask-wearing from a requirement to a suggestion, mask use fell markedly.

President Nino Cartabellotta of the Bologna-based GIMBE foundation, which monitors healthcare in Italy, said Britain points to what can happen when measures like mask-wearing aren’t valued.

“The situation in the United Kingdom (UK), showed that use of vaccination alone wasn’t enough” to get ahead of the pandemic, even though Britain was one of the first countries to begin vaccination, he said in a video interview.