Fear of needles kept him away, now teen wants to be a regular donor

Mohd Amirul Aiman, 19, who donated blood for the first time yesterday, thanked his parents for the support, adding that initially he was hesitant to donate out of his fear for needles.

“After I had to get my blood drawn last year, that fear went away. I have plans of being an active blood donor now that I know how little it actually hurts,” he said.

It was organised in conjunction with World Blood Donor Day.

Royal Brunei Armed Forces Warrant Officer Sadirman Kamis said he has been an active blood donor since 2002. He said one of the main reasons he wants to donate blood is to help those in need as well as to gain rewards from this form of charity.

Donating blood three to four times annually, Sadirman said that once his 59-day waiting period is completed, he would donate blood again. 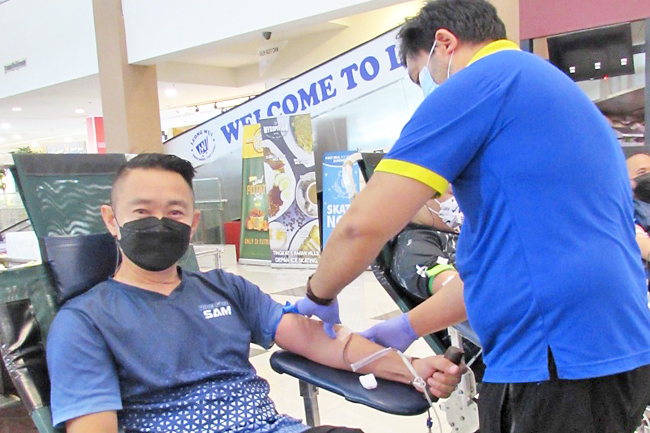 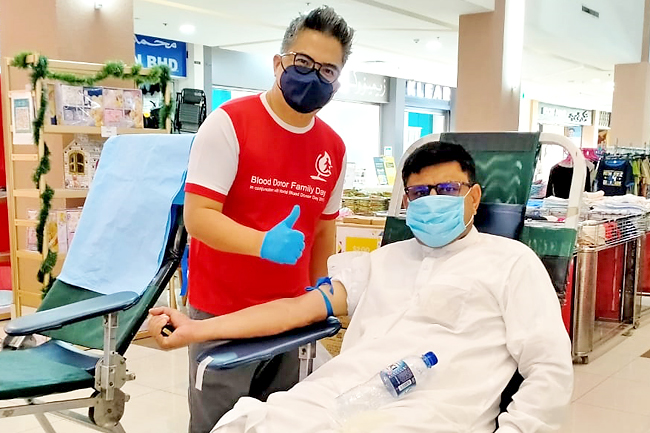 “I’ve never had any health problems after donating blood. The only issue I face is when I do want to donate blood, I have not completed the waiting period,” he added.

He believes drinking plenty of water, eating healthy food rich in vitamins that replenish the body’s blood supply and being active by participating in sports activities are important for a regular blood donor.

She said she would find out about blood donation drives either from the radio, newspapers or the RIPAS Hospital Blood Donation Centre’s Instagram for any upcoming blood donation campaigns.

According to an Al Bukhari representative, the company has held the blood donation drive countless times to aid in replenishing the supply in government hospitals’ blood bank as well as to increase awareness on the importance and benefits of donating blood.