Football fans in Brunei Darussalam witnessed one of the greatest World Cup final matches yesterday that saw Argentina become the world champions, overcoming France 4-2 on penalty shootout after both teams were in deadlock 3-3 following extra time.

The epic match-up saw a battle of the seven-time Ballon d’Or winner Lionel Messi and prolific French striker Kylian Mbappe and it was the Argentinian captain who prevailed.

DPMM FC Head Coach Helme Panjang, who supported Argentina, said, “There can only be one man Lionel Messi. His five goals and three assists (before the final), including that beautiful assist for Julian Alvarez against Croatia, at this tournament have boosted the 35-year-old to a joint-record of 19-goal involvements across his World Cup career.”

Describing the final, he said, “It’s a Messi and Mbappe show! The perfect half of Argentina, but France made a big comeback in the second half. It was the greatest World Cup final.”

On Qatar as the host of this year’s tournament, he said, “The World Cup was a dramatic conclusion. History was everywhere. Cristiano Ronaldo became the first man to score at five FIFA World Cups (2006, 2010, 2014, 2018 and 2022). Lionel Messi, Argentina’s top scorer, is now the top scorer for Argentina in the World Cup. France’s captain Hugo Lloris became his nation’s record appearance maker. The goalkeeper won his 145th cap in the final moving him ahead of Lilian Thuram. Saudi Arabia snapped Argentina win-streak, a run that was shattered by the second-lowest ranked team at the tournament, who defeated Argentina 2-1. Stephanie Frappart became the first woman in history to officiate a men’s World Cup match when Germany played Costa Rica on December 1. Morocco became the first African nation ever to advance to a World Cup semi-finals.”

He added, “Congratulations to Qatar for hosting this wonderful competition; Iran for competing even under pressure; Saudi for producing one of the best matches of this World Cup; Australia for their great effort in eliminating Denmark; South Korea for defeating Uruguay; and of course, Japan, who won against two world champions. Asia is proud!”

Azwan Ali Rahman of DPMM FC, who also supported Argentina said, “I love Argentina because of Lionel Messi. This was his last World Cup, his last chance to get the trophy and give Argentina their third World Cup title. 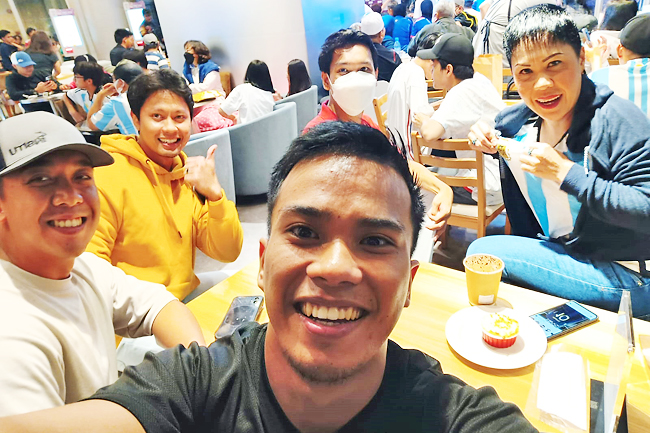 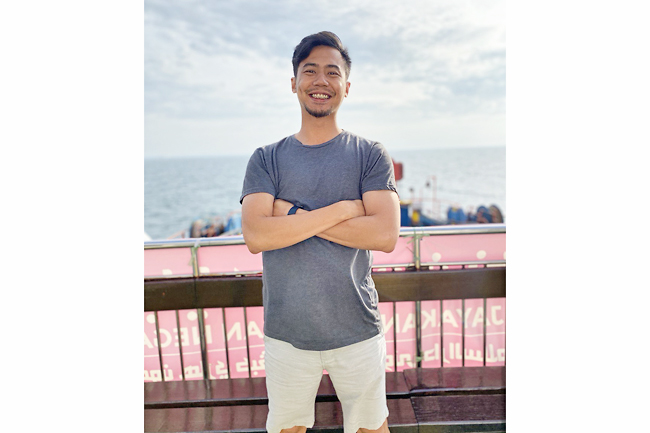 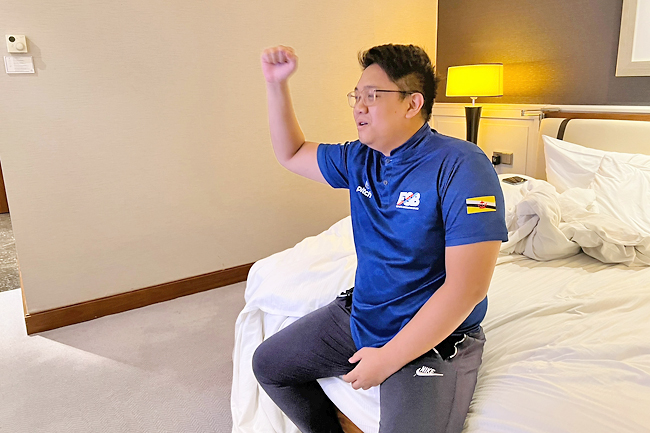 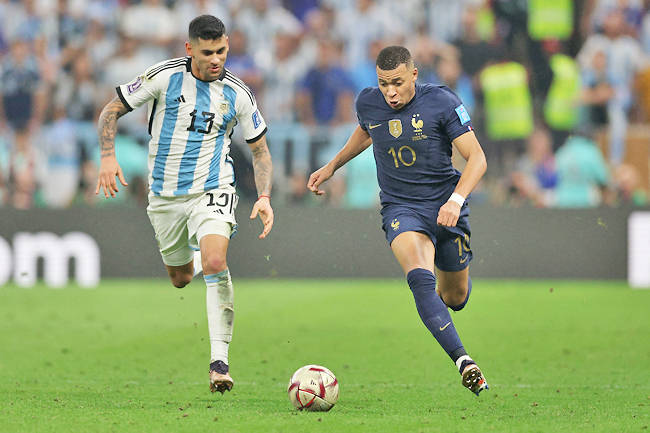 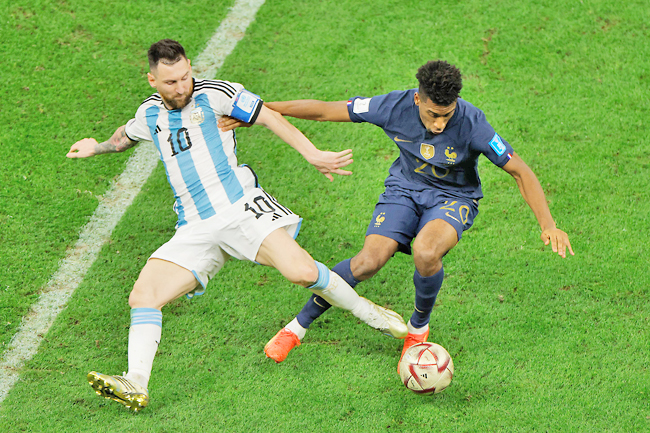 “Argentina, overall, are a group with good players; they showed that they were motivated and displayed great cohesion all around the field.”

He also said, “This World Cup has been very interesting and unpredictable. A couple of teams were unexpectedly kicked out by a relatively weaker teams, such as Spain and Germany. Great performances by Japan, South Korea and Morocco, with Morocco managing to reach the semi-finals.”

Shahrazeen Said of DPMM FC, who supported France in the final, said, “I was impressed with the World Cup final this year. Both teams played their hearts out.”

He added, “I am a fan of France because their team was strong, creative and passionate.”

He believed all teams gave their best in the tournament. “The impossible became possible like Morocco, Japan and South Korea. I am proud with these underdogs. I hope we could see more suprises in the next World Cup.”

Meanwhile, DPMM FC goalkeeper coach Wardun Yussof, who is a fan of Argentina, felt that the World Cup final was one of the best matches he has ever seen.

“Argentina were really focussed and almost won the match early. Then France came back from behind. But in the end, Argentina won. I think we got the best final match ever with both teams playing well until penalties to decide who won the cup.”

DPMM FC’s Wafi Aminuddin said, “I did not support either of the team at first, but during the final, I was rooting for Argentina just because Messi was playing his last World Cup and was very close to achieving a glorious football career.”

In the final, he said, “Argentina did exceptionally well at the start until France scored their first goal and an equaliser within one minute. It was a great match with high intensity from both teams until the final whistle of the extra time.

“The tournament was easily one of the best, if not the best. Many shocking results from the underdogs. Not just the football; Qatar was introducing Islam to the world and I hope to see more Muslim countries host big games”.

Brunei Wushu athlete Mohammad Adi Salihin bin Roslan also did not miss out on watching the World Cup final with his friends.

He said, “I supported Argentina. It was amazing; both teams showed great teamwork and world-class play. The World Cup was impressive. It was great to see how people feel connected again, especially after the COVID-19 pandemic. Indeed, sports bring people together.”

Ahmad Syaudi bin Junaidi, who is an e-sports athlete who represented Brunei at the Global E-sports Games 2022 in Istanbul, Türkiye, watched the final in his hotel room. He said, “At the end of the day the best team won. It was the best World Cup so far.”

Meanwhile, football enthusiast Nadzrin Damit called the final match “epic”. As a supporter of both teams, Nadzrin said he favoured Argentina though he had also expected it to be a tough and exciting match as he found both teams great.

“As I’d hoped, Argentina won. It was very overwhelming because the match was intense.

“It was interesting to watch both teams work hard to try and win the World Cup from the second half,” he added.

Aiman Aliuddin said he had expected Argentina to win the World Cup.

“I’m very happy that Messi was able to win his final World Cup game!” said Aiman.
Another avid football fan, Aziz Soffri, also expressed how thrilled he was with the final, adding that he knew Argentina would win.

“It’s good to see the World Cup won by a non-European country. It was definitely a great match for Messi’s last game. What a way to conclude his international career!” said Aziz.

Argentina fan, Jack, said it was a well deserved win for Argentina.

“France was sleeping in the first half of the game and Argentina took advantage of the situation. However, after being able to read the Argentinian game, France fought back in the second half while Argentina was in a comfortable mood, which obviously their opponent took advantage of it,” he said.

As for the country host, Jack said it was an excellent venue and Qatar had done a great job with the technology.

“It was a nail-biting final. The greatest final that we have ever watched. There were so many drama in the match,” said Rizal’s wife.

The next FIFA World Cup will be held in 2026 and will be jointly hosted by 16 cities in Canada, Mexico and the United States. It will see 48 teams from six confederations contesting for the trophy.