A 30-metre tall tree fell and damaged the kitchen roof of a home in Kampong Seri Tanjong Belayang, Temburong District last Sunday. No injuries were reported.

Twelve firefighters with two fire engines from the Bangar Fire Station, led by ABKS 61 Jeludin bin Haji Hamdan, responded to the incident around 8.51am, according to the Fire and Rescue Department.

On arrival, the fire and rescue personnel found a fallen mambangan tree and took four hours to remove it using three chainsaws. They also covered the damaged roof with canvas. 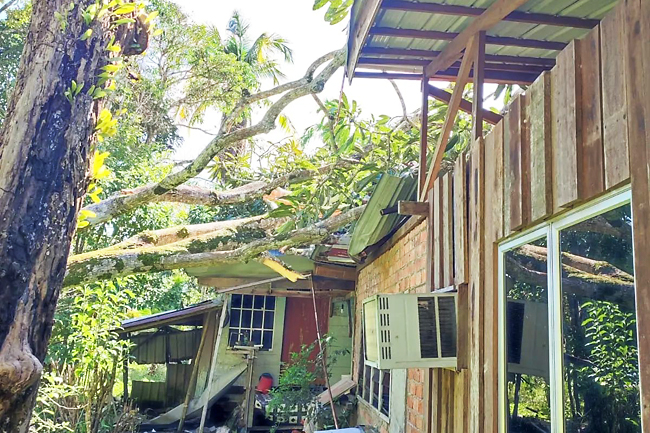