THE WASHINGTON POST – This year marks a new era for Formula One, and its annual video game series is keeping pace.

The global motor sport introduced sweeping new regulations this season to promote more competitive racing, forcing teams to redesign their cars from the ground up. Codemasters – the United Kingdom (UK)-based development team owned by Electronic Arts that has designed each year’s F1 video game since 2009 – found itself in a similar boat, feverishly working over the past few months to reproduce those new changes in its latest installment, F1 22.

“It was a daunting task, that’s for sure,” said Senior Creative Director at Electronic Arts Lee Mather in an interview with The Washington Post. “But any time there are big changes like this, that’s also a lot of fun for us.”

Mapping out the new cars began as a sort of theoretical experiment. Based on the 2022 regulations, the cars would have a variety of new features aimed at promoting more overtakes and closer racing, including over-wheel winglets, a completely redone front wing and nose, rolled tips on the rear wings, and low-profile tires.

At the beginning of the year, teams provided Codemasters with the physical dimensions, specifications and early renderings of their new cars, which the developers used as a starting point to generate initial 3D models. Then, in February, Codemasters sent a team member to F1’s preseason testing in Barcelona to get an up-close look at the cars and see them in action.

“We had a developer stand at key parts of the circuit and watch how each car squirmed into a corner – where each one starts to brake, when they go back on the throttle, and how they handle,” Mather said. 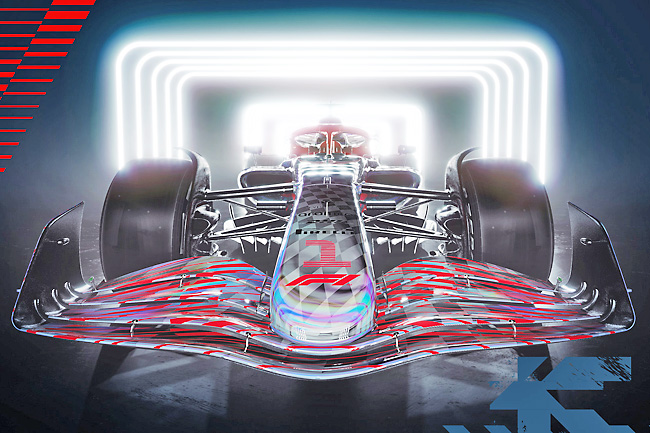 The impact of the new regulations, he added, was obvious: This year’s cars are heavier, with a redesigned floor that generates significantly more downforce (which is exactly what it sounds like) to allow drivers to follow one another more closely. Because the car is lower to the ground, cutting corners and riding over kerbs – essentially rumble strips – is far less forgiving. And larger, 18-inch Pirelli tires have impacted the vehicles’ weight and cornering.

Codemasters revamped and reexamined nearly every aspect of its physics engine, fine-tuning it until the 3D models were registering identical lap times as their real-life counterparts.

The development team regularly consulted with current F1 team bosses, drivers and F1 esports pros – and has been pouring over data of each race so far this season, including last weekend’s Canadian Grand Prix – resulting in a video game that Mather believes will not only be accurate, but feel like a fresh experience for longtime fans.

“We’ve done a huge amount of work on so many aspects: our aero models, the suspension, updating the physics and the tire models,” he said. “So, really, the on-track experience feels significantly different.”

While the game does strive for accuracy, Mather and his team decided to exercise creative licence on one significant aspect of the new cars: “porpoising”, an unexpected design quirk in which the fluctuating amounts of downforce cause some cars to bounce aggressively on straightaways, similar to how a porpoise bobs up and down on the surface of the water.

It has been a major plotline of the early F1 season and one of the reasons Mercedes, the defending Constructors’ title champion, has struggled to contend for podiums.

Replicating that in the game, Mather said, had a clear, negative impact on the user experience.

“Here’s how I explain it to people: If I were to shake your computer monitor up and down, you wouldn’t be able to focus and you’d feel really ill,” he said. “That’s essentially what you get with porpoising in the game. We tried it in VR, as well, and it was equally disturbing.”

Formula One and the International Automobile Federation, the sport’s governing body, recently announced plans to tweak the cars to eliminate porpoising this season, so Mather is confident that most fans won’t be too upset with Codemasters’ decision to exclude it from the game.

“Some people might call for it, but it’s really punishing yourself for no reason,” he said.

Aside from the revamped physics, Codemasters also aimed to make F1 22 its most approachable game yet, with plenty of features to make it playable for even the most casual Formula One fans.

In addition to the player assists seen in previous entries – steering and braking, for example – F1 22 introduces adaptive AI, where the difficulty of the game will fluctuate midrace based on the player’s performance to ensure it remains competitive from start to finish.

“’Drive to Survive’ has brought in a whole new audience,” said Mather, referring to the Netflix series about Formula One that has helped fuel the sport’s recent popularity surge. “Some new fans have no experience with racing games whatsoever, so adaptive AI gives the game a real breadth of appeal and lets gamers choose how they want to play it.”

Other new features include: “Pirelli Hot Laps,” where you can drive supercars around the track (an increasingly popular part of each Grand Prix weekend); cross-platform multiplayer, which Mather said will be added post launch; and an accurate reproduction of this year’s new track, the Miami International Autodrome, which was designed around the city’s Hard Rock Stadium.

Having worked on F1 video games for more than 13 years now, Mather is convinced that F1 22 is the most accurate and engrossing entry yet. He chalks that up in part to how seriously F1 teams are taking esports and video games. Every F1 team now participates in the Formula One Esports Series, which has grown substantially since the pandemic, and drivers like McLaren’s Lando Norris have made esports and live-streaming on Twitch a major part of their careers.

“I never thought we’d be in a position to be talking with bosses, drivers, and engineers about what we do,” Mather said. “But all of their insights have been phenomenal, and it’s really helped push this series further.”