Experts urge caution over biotech that can wipe out insect pests

PARIS (AFP) – Dozens of scientists, experts and campaigners called for a ban on the release of genetically-edited organisms into the wild, in a statement last Friday warning of potentially severe risks to the world’s pollinators.

The appeal was launched at crunch biodiversity talks in Montreal, where delegates from almost all the world’s countries were meeting to negotiate a strategy to halt human environmental destruction, which threatens the natural life support systems of the planet.

A host of new genome-editing tools that modify the genetic material of living beings have emerged in recent years, and are being researched and developed largely to target insects and plants in agriculture.

Supporters argued that they could help human health, agriculture and even species conservation.

But their use in the wild carries “understudied risks which could accelerate the decline of pollinator populations and put entire food webs at risk”, according to the letter drafted by the French non-governmental organisation Pollinis. 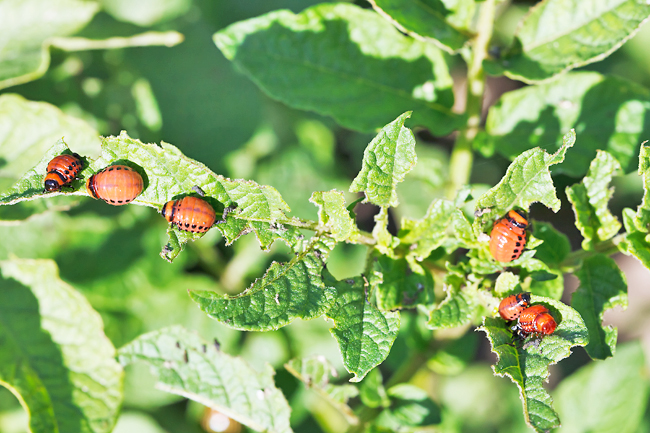 The signatories – including researchers specialising in insects, pollinators and agroecology – called for countries party to the United Nations (UN) biodiversity talks to oppose the deployment of genetic biotechnologies in nature.

They said current scientific research was unable to provide “reliable and robust” risk assessments for potential harms to other species including pollinators and the plants, animals and whole ecosystems that rely on them.

“Pollinating insects are already facing an alarming decline due to external stressors, adding hazardous and unassessed genetic biotechnologies to this fatal mix will aggravate the stress on pollinators and may precipitate their extinction,” the statement said.

The UN talks in Montreal are tasked with laying out an ambitious plan for how people can live “in harmony with nature” in the coming decades, as scientists warn a million species are threatened with extinction.

One of the targets up for negotiation looks specifically at the potential risks of genetic biotechnology and the decision on this point could lead either to greater regulation or help facilitate their use.

Unlike genetically modified organisms (GMOs), which introduce an external gene into a plant or animal, new gene editing techniques directly modify the genome of a living being, without adding external elements.

One example is so-called gene drive technology, which uses tools such as CRISPR-Cas9 – DNA snipping “scissors” that can insert, delete or otherwise edit genes.

This can push an engineered trait so it is passed down to a higher proportion of offspring than would have occurred naturally, across many generations.

A flagship project, funded by the Bill and Melinda Gates Foundation, has developed the technology to try to eradicate malaria.

In 2018 researchers were able to wipe out an entire population of malaria-carrying mosquitos in the lab using a gene editing tool to programme their extinction.

The Pollinis letter said companies have filed patent applications describing the use of gene drive technology to target “hundreds” of agricultural pests.

Another type of biotechnology uses “genetic silencing” to inhibit certain genetic expressions in animals or plants.

This would make it possible to combat crop pests such as the Colorado potato beetle, which decimates potato crops, or fruit flies.

Some of these biotechnologies have already been approved for use in different parts of the world, the Pollinis statement said, calling for the issue to be “urgently addressed at the international level”.

Advocates of these biotechnologies want permission to take these experiments out of the laboratory and conduct field trials.

In Europe, Monsanto’s insect-resistant MON810 corn is the only GMO authorised for cultivation.

But biotech products benefit from a much more flexible framework in the United States, Canada, Argentina, Brazil, Japan and India, among others.

Professor of biology at the University of Aix-Marseille and GMO expert with the European Food Safety Authority Christophe Robaglia said the European Union’s regulations on these biotechnologies were largely “obsolete”.

When it comes to use on plants, he said the use of some of these so-called new breeding techniques could “improve” them, making them resistant to viruses or herbicides or make them more drought tolerant.

In September 2021, a meeting of the International Union for Conservation of Nature (IUCN) passed a motion which noted the particular importance of the “precautionary principle” with synthetic biology.

The Pollinis statement is most concerned about the use of these techniques on insects that are not limited to a single area.

It raised particular concern about “gene transfer” between species.

This is the risk that modifications made to pests could potentially contaminate the genome of non-target species, potentially destabilising a cascade of other species.