PARIS (AFP) – An exiled Iranian opposition group on Thursday claimed a hacking attack which it said temporarily took control of dozens of websites run by Tehran’s municipality and thousands of the capital’s surveillance cameras.

Iranian state media said earlier that the internal computer system of the municipality of Tehran was targetted in a “deliberate” shutdown on Thursday in the latest apparent cyber attack in the country.

The People’s Mujahedin of Iran (MEK), which is outlawed in Iran, said in a statement that their operatives inside the country had carried out the attack “in a major operation, planned months in advance”.

It said the hacking attack on the Tehran municipality websites saw images appear of MEK leader Massoud Rajavi, who has not been seen in public for years, and his wife Maryam Rajavi, as well as slogans against supreme leader Ayatollah Ali Khamenei.

SMS messages to almost 600,000 Tehran residents carrying similar slogans had also been sent in the operation, it added.

The operation also saw MEK supporters take control of more than 5,000 security cameras around the city, including ones positioned close to the office of the supreme leader and the tomb of revolutionary founder Ruhollah Khomeini, the statement added. 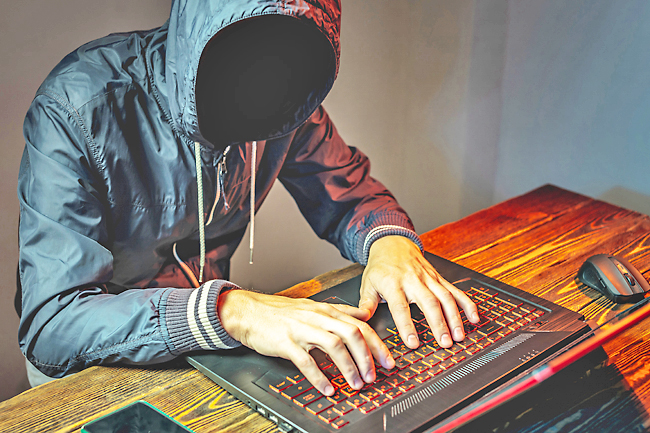 “This vast network is one of the principal instruments of surveillance and suppression used by the clerical regime,” it said.

“In recent years, these cameras have been used to identify and detain protesters taking part in popular uprisings and protests,” it added.

The MEK, which in January claimed a major hack against state-run TV channels, said, “This is the latest in a series of offensive measures undertaken by the resistance units against the regime’s agencies and ministries.”

It published on social media channels images of Tehran that the group claimed where taken by security cameras in the capital during the operation.

AFP could not independently verify the claim.

The action also comes at a time of protests in Iran over price rises, which have been intensified by anger over a deadly building collapse last month in the southwestern city of Abadan.

Quoting a statement by the Tehran Municipality Information and Communications Technology Organization, state news agency IRNA said that the main municipality website was targetted at midday, with the webpage briefly replaced with the “posting of an insulting image”.

“A deliberate disruption of the internal page of the internal system of Tehran municipality… put this system out of reach of colleagues for a few minutes,” IRNA reported.

Throughout Thursday, municipality websites including the main portal tehran.ir, as well as the ‘My Tehran’ application offering municipal services to citizens, were not available while experts examined them.

In October, a cyber attack brought all fuel distribution stations in the country to a halt, resulting in long lines at petrol stations.

An Iranian general said Israel and the United States were likely to have been behind the fuel service cyber attack.

Since 2010, when Iran’s nuclear programme was hit by the Stuxnet computer virus, Iran and Israel have regularly accused each other of cyber attacks.