A former policeman’s application in the High Court for a reduction in sentence was dismissed yesterday by Chief Justice Dato Seri Paduka Steven Chong who saw no arguable case and found it to be “not a day too long”.

He also drove his car with an expired vehicle licence on four occasions.

He was sentenced to two years’ jail on two charges of cheating and one of an attempt. He was also ordered to compensate two of the victims a total of BND150, or risk serving an addition week in jail. These were handed to Sahlan upon conviction after a trial on January 20.

At the start of the case in December 2020, Sahlan pleaded guilty to four charges of driving a car with an expired vehicle licence. He was ordered to settle a fine of BND400, or serve a four-week jail term in default of payment.

In a brief of the case set out by respondent DPP Dayangku Didi-Nuraza binti Pengiran Haji Abdul Latiff, the whistle was blown against Sahlan, who was a lance corporal with the Royal Brunei Police Force, when a foreign woman lodged a complaint to the Anti-Corruption Bureau (ACB) about an incident in Jalan Kilanas on April 27, 2015. 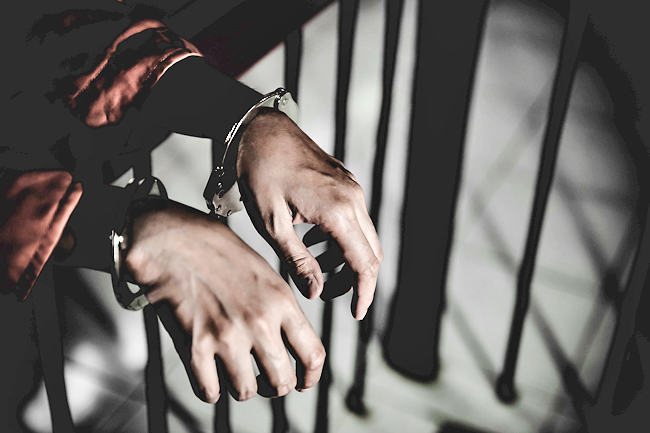 The victim said she was stopped by Sahlan and was told that a stone had flown from the victim’s car tyre, cracking Sahlan’s car windscreen.

Sahlan demanded the victim to pay BND400 for the damage and also told the victim that he was a policeman. After much negotiation, the victim agreed to give Sahlan BND50, which he insisted was not a bribe.

The ACB’s investigations unearthed that Sahlan had cheated other victims in the same modus operandi.

All offences were committed on different dates, times and places – Jalan Belimbing, Jalan Batu Bersurat and Jalan Kilanas sometime between April and May 2015.

The victims were a permanent resident, a Malaysian and a Thai.

The ACB also revealed that Sahlan had driven a vehicle with an expired road tax during all cheating incidents. “Public trust and confidence in the police can be corroded if the criminal acts of its officers are left unchecked.

“Deterrence must be the dominant consideration in sentencing and severe sentences imposed in the public interest,” Dato Seri Paduka Steven Chong reiterated on dismissing Sahlan’s application.