SYDNEY (AFP) – Tim Paine has accused South Africa of ball-tampering just days after Australian cricket was rocked by the sandpaper-gate scandal in 2018, alleging it was covered up by the match broadcaster.

The former Australian skipper made the cheating claim in his new autobiography released yesterday and widely reported by Australian media.

He wrote that South Africa picked at the seam in the Test that followed the Cape Town one where TV cameras caught Australia’s Cameron Bancroft hiding sandpaper in his trousers after appearing to use it on the ball.

Paine claimed in the South African instance, the host broadcaster “immediately pulled the shot off the screen” and the footage “got lost”.

“I saw it happen in the fourth Test of that series,” he wrote, referring to the match in Johannesburg that the Proteas won by 492 runs.

“Think about that. After everything that had happened in Cape Town, after all the headlines and bans and carry on.

“I was standing at the bowlers’ end in the next Test when a shot came up on the screen of a South African player at mid-off having a huge crack at the ball.

“The television director, who had played an active role in catching out Cam (Bancroft), immediately pulled the shot off the screen.

“We went to the umpires about it, which might seem a bit poor, but we’d been slaughtered and were convinced they’d been up to it since the first Test. But the footage got lost. As it would.” 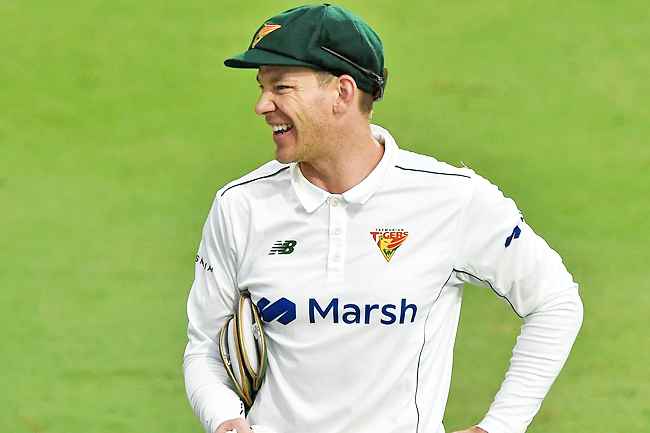