After the march past, Chung Hwa School Kiudang Principal Loo Shee Yun presented medals to teachers of the winning classes.

The event concluded with a group photo where teachers and students formed the number 37. 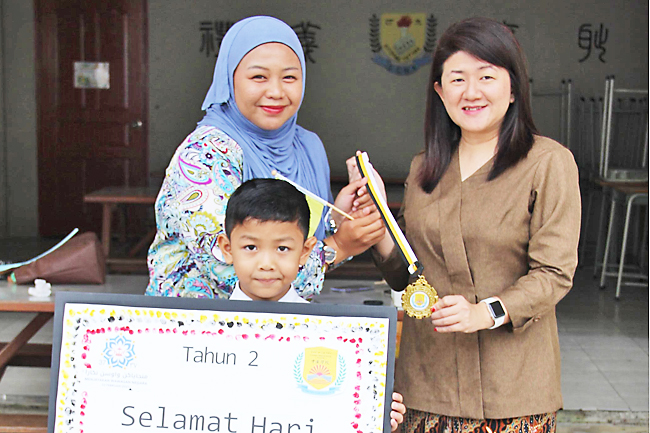 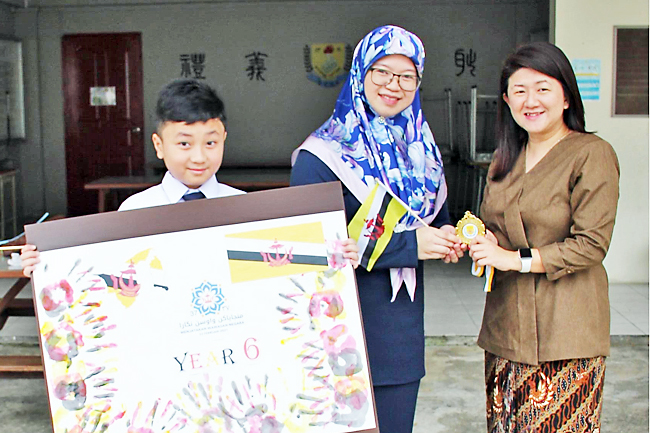 This was followed by the singing of the national anthem and the reading of the National Day oath, led by Mohammad Aniq Asyraaf bin Abdul Aziz.

Prizes were given to students participating in Mathematics Month.

YSHHB School CEO Mohamed Fliti attended the event that started with a parade by the school’s cadets followed by the singing of the national anthem and school song.

There were a video presentation, a traditional dance competition, a class decoration competition and a quiz.

The event was aimed at fostering patriotism, a sense of community and a celebration of Brunei culture and tradition.

The fun-filled day began with the singing of the national anthem followed by the recitation of Surah Al-Fatihah and Doa.

The event concluded with the presentation of donations to orphans by the guest of honour.

Wu Chun posted several pictures of himself with his daughter Nei Nei who performed in the event. She was playing the cello with other performers from Yippy Tunes.

Nei Nei had the privilege of meeting His Majesty Sultan Haji Hassanal Bolkiah Mu’izzaddin Waddaulah ibni Al-Marhum Sultan Haji Omar ‘Ali Saifuddien Sa’adul Khairi Waddien, Sultan and Yang Di-Pertuan of Brunei Darussalam and His Royal Highness Prince Haji Al-Muhtadee Billah, the Crown Prince and Senior Minister at the Prime Minister’s Office when the members of the royal family spoke with the performers on the field.