PARIS (AFP) – Summer is here, which means the silly season is in full swing in Europe.

As daredevils from around the world try to outrun half-tonne bulls in the Spanish city of Pamplona we look at some of the other weird and wonderful festivals coming up.

On August 31, huge crowds of tourists and locals are expected to hurl tomatoes at each other during the annual Tomatina festival in Bunol, eastern Spain.

Usually involving some 160 tonnes of ripe tomatoes, it has been billed “the world’s biggest food fight”.

It has become a major draw for tourists from as far away as Japan and the United States (US).

Some 20 hopefuls from around the world will strut the stage in fancy dress strumming furiously on an imaginary guitar, in Oulu not far from the Arctic circle in Finland, from August 24-26.

Among this year’s contestants will be Rob Palmer, who will represent Thailand with his pouting impression of former US President Donald Trump playing Green Day’s American Idiot.

According to the competition’s ideology wars would end, climate change stop and all bad things disappear if everyone in the world played air guitar.

Since the Middle Ages garlic and basil producers and aficionados have flocked to the central French city of Tours on July 26. Some 250 traders this year will tout mounds of braided bulbs of white, pink and purple garlic and pots of assorted varieties of basil – from lemon to cinnamon, purple and Thai – in one of the gastronomic city’s oldest neighbourhoods. 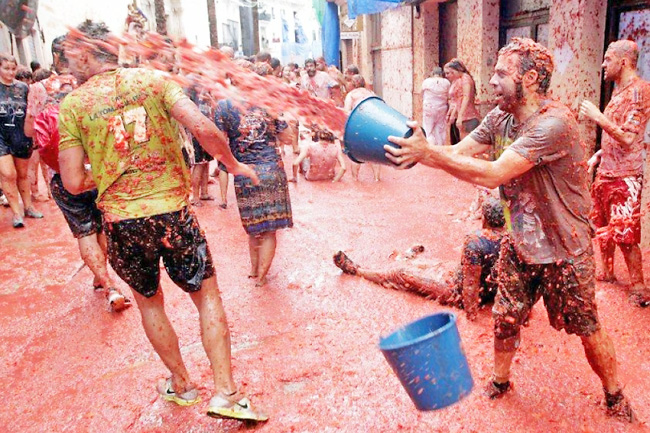