EU ‘shot itself in lungs’ with Russia sanctions: Hungary’s Orban

BUDAPEST (AFP) – Europe has “shot itself in the lungs” with sanctions aimed at Russia over its war in Ukraine, Hungarian Prime Minister Viktor Orban said on Friday.

Orban, a nationalist who has ruled Hungary since 2010 and frequently clashes with Brussels, has been a fierce critic of European Union (EU) sanctions on Russian oil.

In an address on national radio, Orban urged EU leaders to change the sanctions policy.

“At first I thought we just shot ourselves in the foot, but the European economy shot itself in the lungs and is gasping for air,” Orban said.

“There are countries committed to the sanctions policy, but Brussels must admit that it was a mistake, that it has not fulfilled its purpose and has even had the opposite effect,” he added. “Brussels thought that the sanctions policy would hurt the Russians, but it hurts us more.” 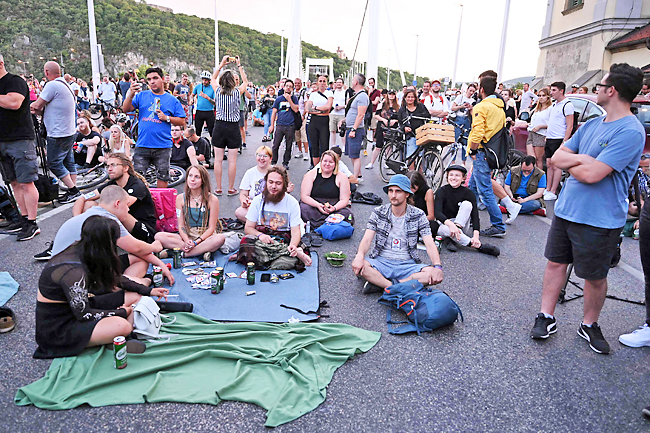 In June, the 27-nation EU formally adopted a ban on most Russian oil imports after weeks of resistance from Hungary, eventually ceding to Orban’s demand to exempt Russian oil delivered by pipeline.

The sanctions cover the two-thirds of Russian oil currently being brought in by ship.

Ukraine fired back against Orban’s comments, saying the penalties had been imposed in response to a Russian invasion that had claimed “tens of thousands” of lives.

“Sanctions help hold the aggressor state accountable for its crimes, as well as weaken its ability to continue waging war,” Ukraine foreign ministry spokesman Oleg Nikolenko said. “It is not sanctions that are killing the European economy, but Russia’s hybrid war,” he wrote on social media.

Hungary, which largely depends on Russian oil and gas, declared a “state of danger” over the energy crisis on Wednesday.

Besides other measures to tackle the problem, people who consume more than average amounts of energy will have to pay for it at the market price rather than the heavily subsidised state rates.

“We are forced to charge a higher price because without it, the system is no longer sustainable,” Orban said in his radio address.

Inflation in the central European country has hit double figures in recent months for the first time in 20 years, despite a range of price caps. In his radio address, Orban also defended a tax change that has seen thousands of people demonstrate in Budapest since it was adopted on Tuesday.

They say it hurts hundreds of thousands of small-business owners but Orban said the decision was “good and necessary”.

In a separate row with Brussels, the European Commission took Hungary to the European Court of Justice on Friday over a law banning certain content addressed to minors and the closure of independent radio station Klubradio.