EU member countries failed to overcome their differences at previous emergency meetings, but several EU leaders said last week that fixing a maximum ceiling to pay for gas was likely to be achieved this time.

After talks in Brussels on Monday, the Czech presidency of the European Council, which represents member countries, said a deal had been reached. “We have succeeded in finding an important agreement that will shield citizens from skyrocketing energy prices,” said Czech Minister of Industry and Trade Jozef Sikela, adding that the mechanism will steer the 27-nation clear “from risks to security of supply and financial markets stability”.

Since it could not find a consensus on the divisive topic, the Czech presidency opted for a “qualified majority” as the voting rule to reach the political agreement.

Under EU rules, a qualified majority requires that 55 per cent of member countries, or 15 out of the 27, vote in favour of a proposal.

Such a vote also requires that those nations represent at least 65 per cent of the bloc’s population.

Under the agreement, the mechanism will kick off if prices exceed EUR180 (USD190) per megawatt hour for three days and if it is EUR35 higher than a reference price for LNG on global markets for the same period.

Once triggered, the mechanism will remain active for at least 20 days. Sikela said the EUR180 limit “is not a cap as such” and that prices can still go above this level if prices on the LNG markets are higher than EUR145 per megawatt hour. 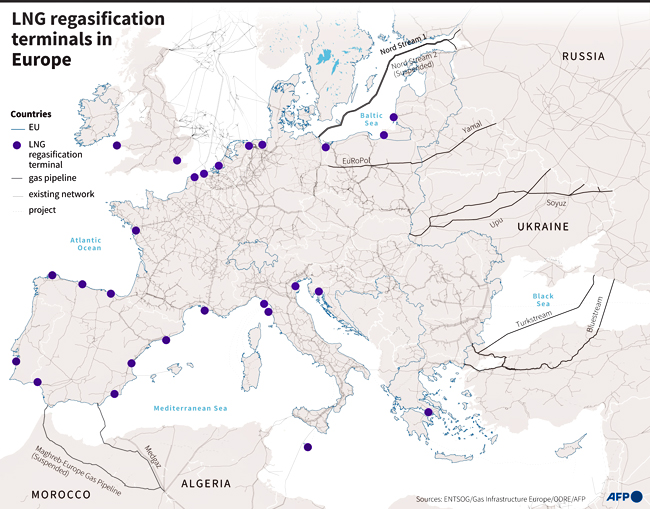