(AP) – The European Parliament on Thursday called for Iran’s Revolutionary Guard to be put on the European Union’s (EU) terrorist list and insisted that sanctions targetting Tehran had to be expanded after the violent suppression of protests.

In a nonbinding resolution, the legislature mustered a large majority to call on the EU’s 27 member states for such punitive action to counter what it sees as a swift backsliding of human rights in Iran.

Beyond the call to put the organisation on its terrorist blacklist, the European Parliament also wants the EU to ban any economic or financial activity that can be linked to the Revolutionary Guard Corps. The United States (US) has already designated the corps as a “foreign terrorist organisation”, and subjected it to unprecedented sanctions.

In Tehran, Iranian President Ebrahim Raisi on Thursday called the vote “against international law and the charter of the United Nations”, media reported.

The official IRNA news agency quoted Raisi as saying the vote was “a desperate move” and said the Revolutionary Guard is an official body and part of Iran’s military.

The European Parliament action came before Monday’s meeting of EU foreign ministers where more sanctions against Tehran are expected to be approved. Thursday’s resolution came after four months of anti-government protests in Iran sparked by the death of Mahsa Amini, a 22-year-old woman who was held by the morality police for allegedly violating the country’s strict dress code.

The protests quickly escalated into calls for the overthrow of the theocracy and mark one of the biggest challenges it has faced in more than four decades.

Iran has blamed the unrest on the US and other foreign powers, without providing evidence. The protesters say they are fed up with social and political repression, corruption and an economy weighed down by Western sanctions and mismanagement. The EU steadfastly condemned the violence used during the demonstrations. 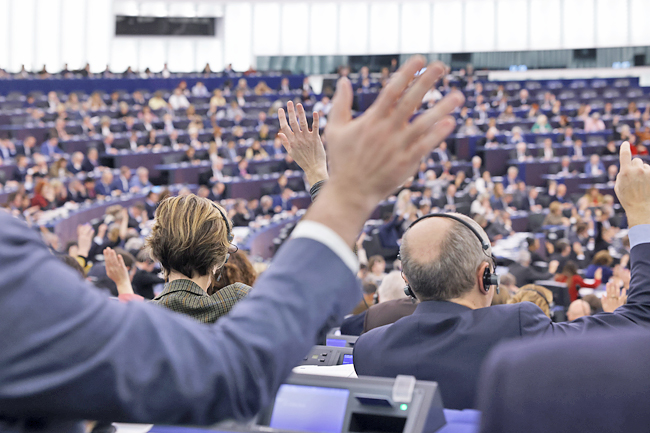