Jeremy Scott’s Moschino runway replicated the bedroom scene from Stanley Kubrick’s 2001: A Space Odyssey, down to the wall mouldings and the Renaissance paintings.

Backstage Scott wore a sweatshirt that read ‘Gilt Without Guilt’. Clearly, he’s been craving some opulence. “I was thinking about the furniture you’d find in a mansion: the Chesterfield dresser, grandfather clocks, picture frames, Persian rugs, birdcages,” he explained.

Adapting and expanding on that language, Scott showed a Stephen Jones-designed hat in the form of a painting spotlight, a handbag with a fancy toilet flush, and a bustier made from a metal tray and two well-placed soup tureens. 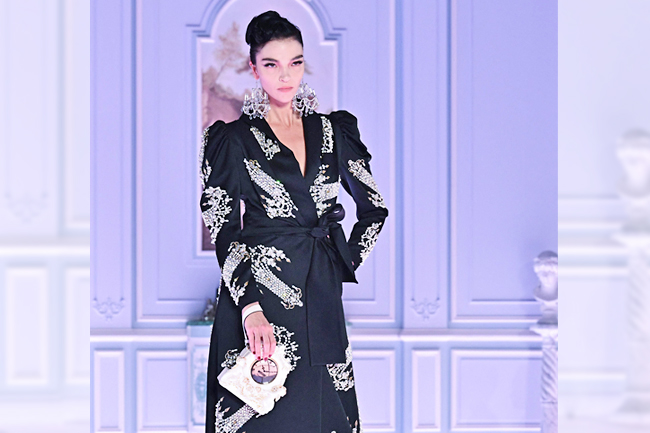 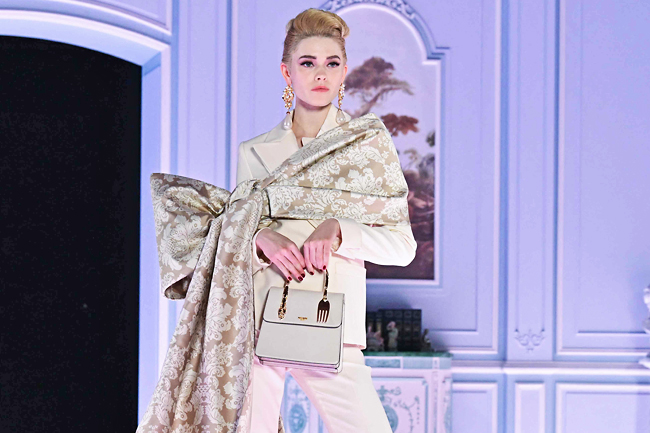 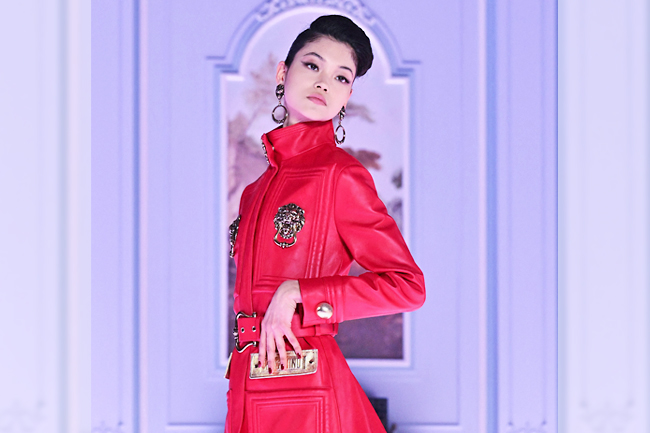 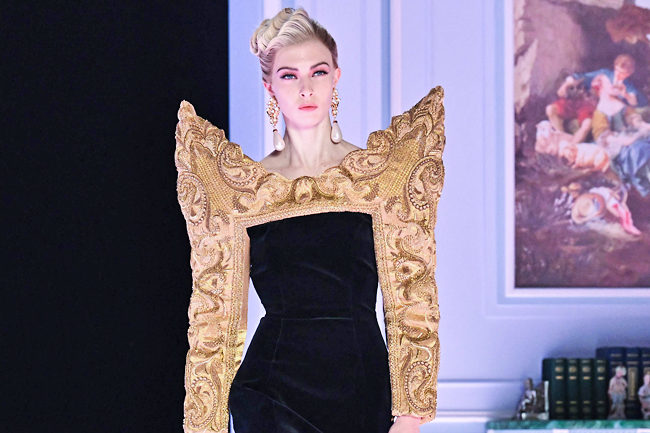 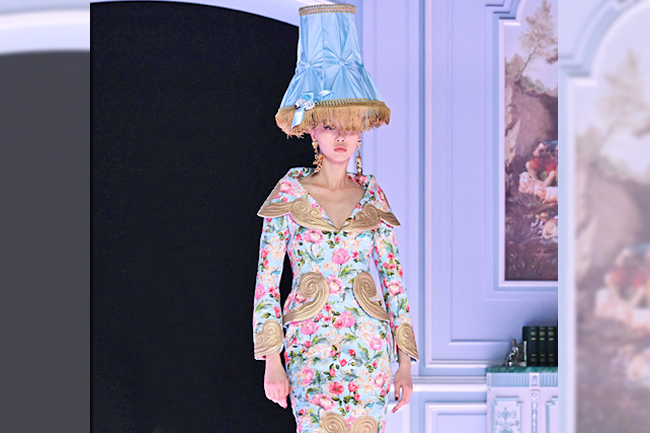 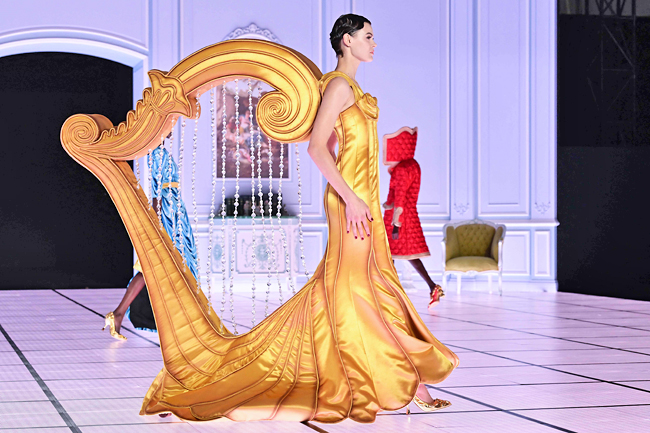