Brunei Darussalam e-sport representatives had a solid start for the opening day of the PlayerUnknown’s Battlegrounds (PUBG) competition at the ongoing Southeast Asian Esports Championships (SEA EC) on Monday.

Twenty teams from the 10 Southeast Asian countries are currently taking part in the PUBG event.

The group stage of the tournament will conclude today with the final stage or playoffs scheduled from January 7 to 9.

The top 16 teams will advance to the playoffs where the champion will be determined.

The group stage of the Valorant category will start tomorrow.

Organised by the Vietnam Recreation and Electronic Sports Association (VIRESA) and tech giant VNG Corporation, the online meet serves as preparations towards the Southeast Asian (SEA) Games in Vietnam in May, where Esports will be included for the second time. 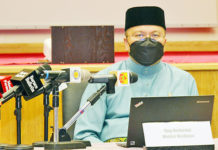