CNA/THE NEW YORK TIMES – When two-time Olympian Kara Goucher was a child, she was used to seeing her grandfather run five or six days a week, but she never thought of it as a sport because he did not race. She did not discover organised running until middle school.

“I fell in love with it, obviously,” she said.

While sports like baseball and soccer have organised youth leagues throughout the United States, there are fewer programmes dedicated to running. Girls on the Run is one of the bigger ones, with 2.1 million girls participating since the nonprofit started in 1996. Before the coronavirus pandemic began, about 200,000 girls enrolled each year, based on numbers provided by the organisation. The numbers have not rebounded to those levels, but there are about 142,000 girls participating this year. 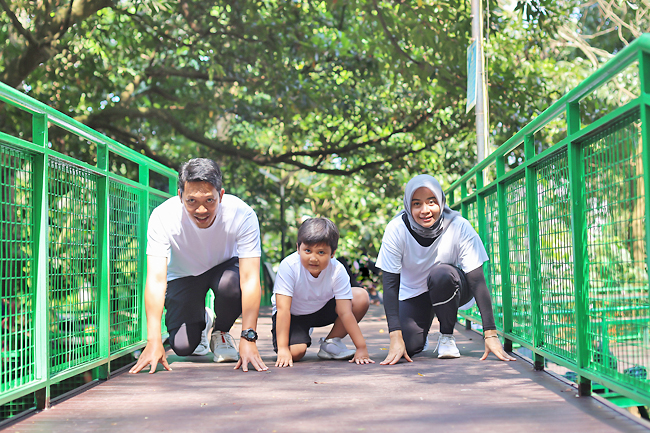 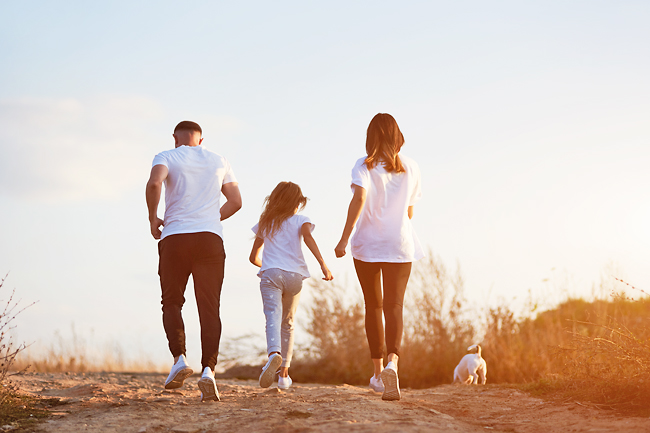 “By offering youth races at our adult races, that’s really opened up the door to young people who aren’t in our Rising programme,” Munoz said.

Retired chief running officer of Runner’s World magazine Bart Yasso said big events often had “all-comers” races attached to them – fun runs of shorter distances that are open to all – but over the past several years, he has seen more organised children’s races.

When she was a child, she and her sisters ran in some all-comers races at events in which her father was competing.

“I think people are realising that these are family events,” she said. “Race directors are trying to make it fun for everyone.”

“Youth programming is the one thing in our organisation where we’ve seen an increase,” Holder said. That includes the club’s Kilometer Kids programme for children from kindergarten to fifth grade and its competitive teams for middle school students.

When schools were closed earlier in the pandemic, parents started Kilometer Kids programmes in neighbourhoods, said Madison Hafitz, who oversees the programme. Since 2000, the programme has grown each season, to 85 sites in the fall 2022 season with about 4,000 children enrolled.

More youth programmes can also expand the adult running community. Basil Rowell had to run to pass physical fitness tests in the Navy, but he stopped after he retired in 2006. His oldest son, Yosif, ran a local one-mile race in Norfolk, Virginia, when he was six, and loved it.

“I said, I needed to get in shape so I can start running with him,” Rowell said.

Rowell hated running in the Navy, but with a different motivation, he found he enjoyed it.

He started seeing the same people at different races, another change from when he was in the Navy and often away from Norfolk. He got involved in the local running community and serves as vice captain for the Hampton Roads chapter of Black Men Run.

Yosif, now 16, runs for his high school team, and his younger brothers, who are 13 and nine, also run. Sometimes, the four run races together.

“My thing is to show them there is running as an event,” Rowell said. “Me, growing up, I didn’t know they had races.”

USE RUNNING TO TEACH LIFE LESSONS

Programme organisers and pro runners suggested focussing on progress and goal setting rather than times when encouraging children and teens to run.

The New York Road Runners’ Run for the Future programme, aimed at girls in their junior and senior years of high school, ends with participants running a 5K race, but it also incorporates a lot of life and leadership training along the way, Munoz said.

Girls on the Run has a similar approach. That includes picking a buddy for the 5K event, which gets friends and family running. When Amelia Kwan’s stepdaughter, Alma Menard, did her first Girls on the Run 5K event, her older brother, Kiefer, was her running buddy.

That was his first 5K, Kwan said. Now he is just wrapping up his first high school cross-country season in Washington state, where they live.

“Kiefer talks about ‘I want to do a 10K soon. Maybe I want to run a half-marathon,’” said Kwan, who is a board member of the Puget Sound Girls on the Run chapter.

EXPOSE CHILDREN TO RUNNING, BUT DON’T PUSH IT

For adults who want to encourage their children to run, there is a balance to strike, something Goucher repeatedly emphasised. Her son, Colt, 12, has started running with a Colorado running club, Boulder Mountain Warriors, but only after Goucher talked to the coach and was convinced that the group had a fun, noncompetitive approach.

Colt also plays other sports. Goucher and her husband, Adam, who also ran professionally, prefer it that way. Neither of them specialised until later in high school and into college, and they want Colt to feel like he can do many sports.

Will Martin, who lives in southern New Jersey, learned the benefits of Goucher’s approach the hard way. He started running after the high school cross-country team recruited runners at his middle school. Years later, when his older son was in middle school, Martin pushed him into running, wanting his son to love the sport. But after participating in Amateur Athletic Union youth programmes, his son balked at running in high school.

“I learned a valuable lesson with him not to push,” Martin said. “I laid off of him; he does martial arts now.”

After that experience, Martin didn’t push his younger son, who ended up joining cross-country in middle school and now wants to pursue it in high school.

“I know it’s genuine and he wants to do it because he’ll go out on his own or with his friends,” Martin said. The professional runners agree: Giving children the opportunity without forcing it on them is key.

Four-time Olympian Meb Keflezighi has three daughters. The oldest has told him running isn’t her sport. She would rather play soccer. But his middle daughter, Fiyori Russom, is finishing up her freshman season of high school cross-country, and she challenged Keflezighi a few weeks ago to race her in a 5K.

Keflezighi is happy with both of their choices – and not just because he said it was easier on him to watch a soccer game than to chase the action around a cross-country course.

“I think they’re gifted, but I also know it comes from the heart,” he said. “I can’t force them to do something they’re not passionate about.”

All the tips that the adult runners offered for parents who want to encourage their children to run come back to Goucher’s focus: Don’t get too serious, too soon.

Here is what the Kilometer Kids programme tries to communicate to children and parents:

– Show them running can be fun and enjoyable.

– Children can participate in youth events, but winning should not be the goal.

– Focus children on how they are improving with training and more running, so they are not comparing themselves to other people.

– Show them it is something they can do with friends and family.