All levels of community are instrumental in upholding the Malay language as the nation’s identity and the image reflected, especially in facing challenges or opportunities that are brought by globalisation.

The attentiveness, efforts and support from all parties are an added value to ensure the glory, relevance and continuity of the Malay language’s prestige.

July has been selected as the official Language Month in accordance with a titah from His Majesty Sultan Haji Hassanal Bolkiah Mu’izzaddin Waddaulah ibni Al-Marhum Sultan Haji Omar ‘Ali Saifuddien Sa’adul Khairi Waddien, Sultan and Yang Di-Pertuan of Brunei Darussalam during the 50th Golden Jubilee of Language and the Literature Bureau (DBP) in 2011.

In line with the aspiration, the Language Month was first celebrated on July 2012 to promote Malay proficiency through a series of programmes and activities. The celebration serves as a medium to nurture a positive attitude in the community in preserving, empowering and upholding the Malay language.

In addition, the campaign is aimed at promoting or disseminating the Malay language as the official language of Brunei Darussalam, as proclaimed in the Brunei Constitution of 1959. 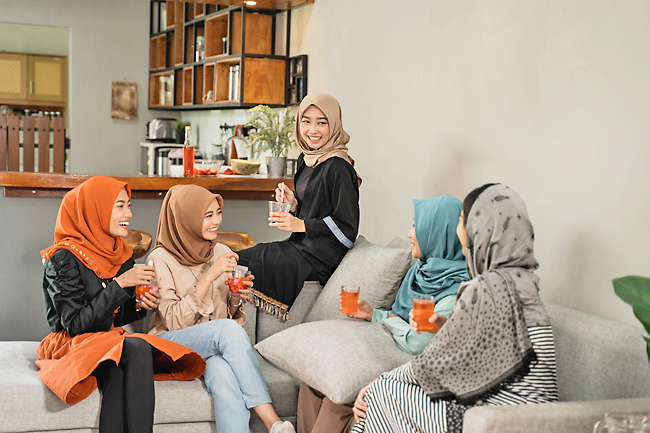 It also aims to nurture a sense of ownership of the Malay language, to enliven the language as it is the society’s mother tongue and to serve as a medium in empowering the national identity.

The theme for this year’s celebration is Memperkasakan Bahasa Melayu (Empowering the Malay Language), which highlights the responsibility and public awareness on all levels of community to uphold and sustain the language as a social heritage of our national identity.

The responsibility of preserving the language does not solely rest on the shoulders of the DBP, but also on various entities, including the government agencies, non-governmental organisations (NGOs), private sectors and grassroots society.

Communities are also urged to persistently uphold the language as the only identity, particularly in encountering challenges or even opportunities arising from globalisation.

In a speech at the launch of Language Month 2021 on July 5, Minister of Culture, Youth and Sports Major General (Rtd) Dato Paduka Seri Haji Aminuddin Ihsan bin Pehin Orang Kaya Saiful Mulok Dato Seri Paduka Haji Abidin said, “The direction of the Malay language as a language of knowledge and a symbol of identity should be understood, appreciated and carried out together.”

He said that support and concern should permeate various aspects, whether in terms of construction, formation and research.

“As people of Brunei, what is most important is our sensitivity to the state and the protection of Malay as one of the core philosophies of the Malay Islamic Monarch (MIB),” he added.

All efforts to elevate and perpetuate the Malay language’s sovereignty are a responsibility that needs to be upheld by all. This includes boosting societal awareness and appreciation of the Malay language which is recognised for its capacity to foster civilisation and involvement among nations.

The Malay language is closely related to the local community, especially in the aspect of knowledge, education, culture, religion, custom and traditions, administration, occupations, business and daily life.

Therefore, positive response and action from the community are vital to empowering the language and to preserve its value, grace and beauty. Interaction, expressions, communication and the use of Malay language not only act as a medium in our daily interaction but it also covers all aspects of society, country and the nation.

It is hoped for the country’s citizens to possess positive spirit and attitude in making a nation with dignity, which raises and makes sovereign the Malay language itself.

The Language Month is hoped to continue enhancing the role of the DBP and the public to further cultivate the development and use of the Malay language on all levels, aside from instilling a love towards the Malay language.

It is also hoped to strengthen the unity of Bruneians through language activities and glorifying its celebration nationwide.

For this year’s celebration, a more effective impact will be carried out by ministries as part of a whole-of-nation approach. As of this year, the DBP established the Language Month 2021 Executive Committee where its members comprise the Prime Minister’s Office, Ministry of Home Affairs, Ministry of Education, Ministry of Development, Ministry of Religious Affairs, NGOs, mass media and local writers.