The first batch of haj pilgrims safely returned to the Sultanate yesterday morning.

The arrival hall of the Brunei International Airport was awash with emotion as the returning pilgrims reunited with their families.

To bless the return of the pilgrims, a Doa Selamat was recited by Mosque Affairs Officer Zulkifli bin Haji Murat.

The returning pilgrims were also welcomed at the airport by directors and senior officials at the MoRA and managing directors of companies operating haj pilgrimage packages in the Sultanate. 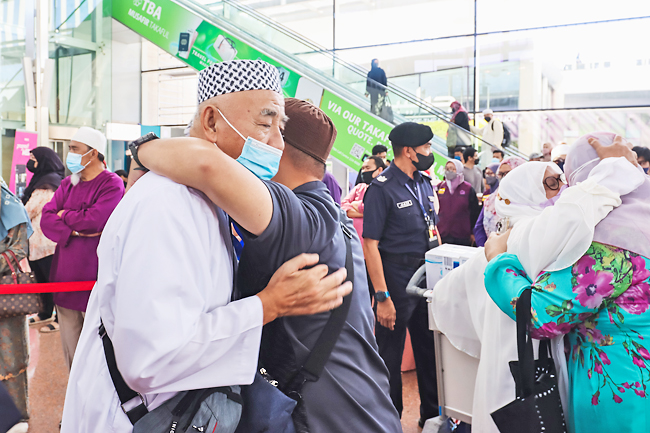