CNA/THE NEW YORK TIMES – Alle Pierce knows how to plan a vacation. A few months out, she “goes on a crazy Google spree”, constructing a spreadsheet of all the things she wants to do and see. She scrutinises the menus of restaurants she’s planning to visit. She uses a picture of the destination as her phone’s lock screen image and downloads a countdown app.

“What’s so exciting about a trip is the anticipation before it,” said Pierce, the founder of a luxury travel company called Gals Abroad Getaways, which plans group trips for women.

Experts say she’s probably right. Numerous studies suggest that having something to look forward to boosts your mood and lowers your stress.

“Imagining good things ahead of us makes us feel better in the current moment,” said chief psychologist at Montefiore Medical Centre and Albert Einstein College of Medicine Simon A Rego, who has written extensively on the effect of anticipation on mood. “It can increase motivation, optimism and patience and decrease irritability.”

Of course, we can’t just book a flight every time we need a little cheering up. But there are ways to harness and incorporate the power of anticipation into your everyday life.

GET EXCITED ABOUT A LOT OF LITTLE THINGS

Anticipating a smattering of small, delightful experiences can be as enjoyable as looking forward to one big event, said a social psychologist at Tulane University in New Orleans Carrie L Wyland.

“At the end of every day, write down one thing you’re excited for tomorrow,” she said.

“Maybe it’s a new book or getting doughnuts or a package you’re expecting.”

The accumulation of these mini thrills means you’ll still reap the benefits of looking forward to something, even if it’s not a big-ticket reward, said a psychology professor at Wake Forest University Christian E Waugh, who studies anticipation.

“Plus, with the nearer stuff, there’s more of a sense it’s going to happen for sure,” he said.

“You’ve got more control over a small gathering this evening than a vacation in six months.” 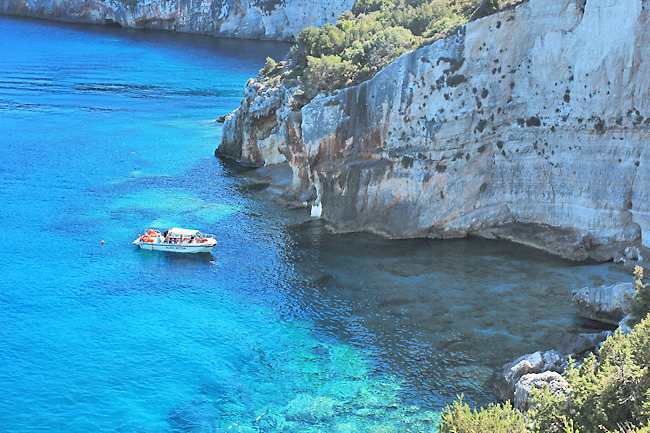 CONNECT WITH YOUR FUTURE SELF

Ever walk through a house for sale and immediately picture yourself serving an impressive cheese plate on the deck, maybe dressed in some sort of fabulous caftan?

When co-founder of the staging business Home At Last Torrie Lloyd-Masters is preparing a house for sale, “we’re showing people what their life could be like if they lived here”, she said. “We’re essentially saying, ‘This could be your future.’”

It works because it’s compelling to imagine yourself as the kind of person who always has a bouquet of tulips on the kitchen table. Research has shown that feeling as though you’re on a path to your “future self” can have a positive effect on your well-being by snapping you out of short-term thinking.

Thinking of the future may help you prioritise your health and maybe even act more ethically.

While it’s fun to daydream about your future self, the concrete steps you need to take to get there can be intimidating. Maybe ‘Future You’ wants to be fluent in French, but ‘Present You’ can barely order a croissant. Start with clarifying the things in life you value the most, then set goals around them, Dr Rego said; if your priority is staying fit and healthy as you age, maybe your goal is to run a 5K. But don’t wait to feel motivated before you take that first step. Instead, when you do something toward your goal, “focus on how motivated you feel afterward, not before”, he said.

As you start seeing progress, it’ll get easier: You’ll look forward to doing the things that get you closer to your future self.

A GENTLE BRIBE CAN WORK WONDERS

Anyone who has taken a child for a flu shot and then ice cream knows the power of building anticipation for a thing you don’t want to do by pairing it with a thing you do. In a 2013 study on “temptation bundling”, participants who were given an iPod loaded with audiobooks that they could listen to only at the gym worked out 51 per cent more than those who weren’t. It was so incentivising that, when the study ended, 61 per cent of subjects said they’d pay to have gym-only access to the audiobooks.

To build anticipation for the group vacations she leads, Pierce sends clients detailed packing lists a month in advance. “I get equally as excited about the clothes I’m going to wear on the trip as I do about the trip itself,” she said.

But the promise of a new shirt works just as well for things you’re not jazzed about. In the spirit of dressing for the feeling you want, not the feeling you have, Pierce recommends using fashion subscription services like Rent the Runway to try out a new look in an affordable way.

“Let’s say you’ve got a work presentation you’re nervous about,” she said. “If you’ve also got a new outfit you can’t wait to wear, you’re going to look forward to it more.”

Several studies have also suggested that we get more happiness from anticipating experiential purchases than material goods. Ramping up anticipation is an important trick of the trade for charity auctioneer Lydia Fenet, who has raised over half a billion dollars in her career.

If it’s dinner with a celebrity, for example, she’ll paint a picture of all the ways that dinner could turn out. Maybe you and the celebrity become buddies. Maybe they become godparent to your kid. Maybe you spend the next few decades doing fancy celebrity things together, like taking selfies in flattering lighting on private jets.

“And right as I’m about to hammer down the gavel and sell the lot, I’ll turn to the audience and say, ‘So they’ll be dining with their new best friend, George Clooney, at Gramercy Tavern, and you’ll be sitting at home eating pizza,’” Fenet said.

Dinner with Clooney aside, you can still maximise anticipation before an experience, like a date. Choose an activity that’s meaningful to you or a place you want to show the other person, said vice president of membership for Three Day Rule matchmaking service Erika Kaplan.

“Then you’re looking forward to two things,” she explained. “The date itself but also introducing the other person to your world and seeing how they react.”

REMEMBER THAT ANXIETY AND ANTICIPATION CAN CO-EXIST

The flip side of positive anticipation is anticipatory anxiety – and the fascinating thing, Dr Waugh said, is that they often happen together. “Anxiety and excitement are sister emotions,” he said. “Think about when you’re getting married or you’re having your first kid.

But it’s only detrimental “when you only focus on the anxiety part and neglect the excitement part”, he added. The key is acknowledging the happy, positive aspect of what you’re doing along with the nervous feelings. Research suggests that “when you reappraise anxious things as exciting, it actually makes you feel better about them”, Dr Waugh said.

If parties are something you look forward to, said Megan White, an event planner in Savannah, don’t wait for a holiday to celebrate – just invent one. Throw a birthday party for the dog, or host a pancake breakfast for all the kids on your street. “Think about ways to make special occasions even when there aren’t any,” she said. (Need some inspiration? Bow Tie Day, Lasagne Day and Hug Your Cat Day are all coming up this summer, and International Talk Like a Pirate Day is in September.)

Whether it’s a party or a bribe or a nightly list, anticipation can be a powerful tool in manipulating our emotions. When the TV writer Anna Beth Chao writes an episode for You on Netflix, “we always try to end with something where you’re like, ‘Oh my god, I’ve got to see what happens next’,” she said.

When she gets stuck, she just tells herself a story about the characters and sees where it goes. It’s a tactic she repurposes in her personal life to try to look forward to something she’s dreading, like the four-day drive she just made from Los Angeles to her home in New Orleans.

“I basically tell myself a little story about what might happen,” she said. “If you frame it within ‘Well, what if it’s an adventure?, it’s easier to get excited about it.”