Eight compound fines were issued for violations under the Road Traffic Act, while two local men were detained for the alleged possession of two packs of cigarettes and electronic cigarettes during a joint roadblock along Jalan Bukit Barun in Kampong Lamunin in the Tutong District on Tuesday.

According to the Royal Brunei Police Force (RBPF), the eight violations were for tinted film stickers, worn out tyres and driving a vehicle deemed unsafe for the road.

The pair detained over the cigarettes was handed over to the Royal Customs and Excise Department (RCED).

The joint operation hopes to raise awareness on the importance of complying by the law and regulations of the country. 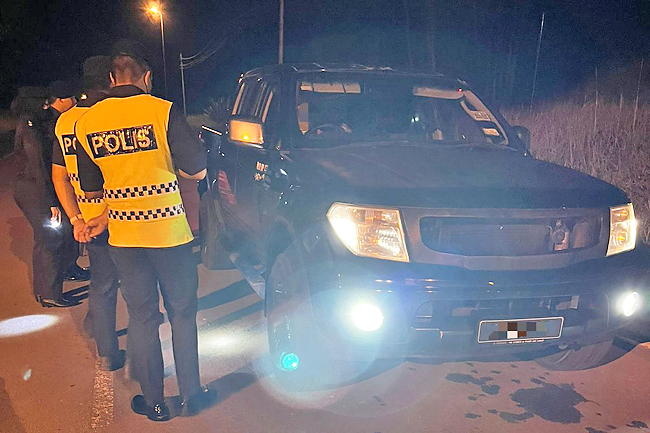