The Faculty of Islamic Economics and Finance (FEKIm) of Universiti Islam Sultan Sharif Ali (UNISSA) and the Brunei Institute of Leadership and Islamic Finance (BILIF) have played their roles in enhancing human resources in the finance industry.

The result was world recognition in the Global Islamic Finance Awards (GIFA) in 2019 in Cape Town, South Africa and in London, United Kingdom in 2021.

This was underscored by FEKlm Dean Dr Abdul Nasir bin Haji Abdul Rani at the ceremony to renew the memorandum of understanding (MoU) between FEKIm UNISSA and BILIF yesterday.

BILIF Chief Executive Officer Hajah Sufinah binti Haji Sahat, meanwhile, said the cooperation is important and relevant as it is in alignment with BILIF’s mission to build future leaders and specialists, while driving innovation in Islamic finance and leadership through international-standard programmes and events.

She expressed hope that through continuous cooperation, BILIF and UNISSA will be able to maximise the opportunity with the strengths of both agencies.

Signing the MoU renewal on behalf of UNISSA was Dr Abdul Nasir while BILIF was represented by Hajah Sufinah.

The signing at UNISSA was witnessed by UNISSA Rector Dr Haji Norarfan bin Haji Zainal, who was the guest of honour. Yesterday’s ceremony was also attended by UNISSA principle officers, executives, and students, as well as officers at the Brunei Darussalam Central Bank (BDCB) and BILIF. 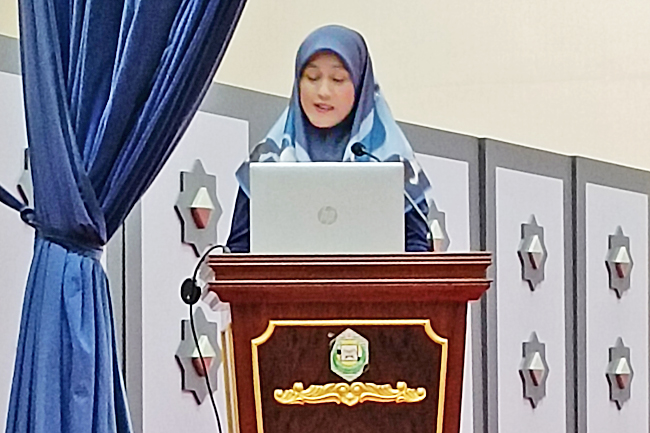 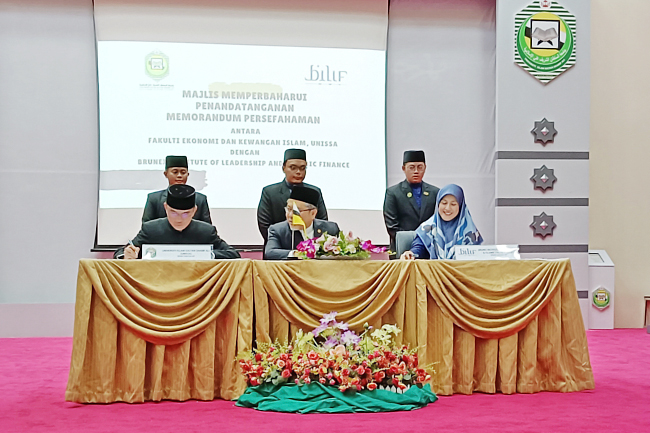