LONDON (AP) – British singer-songerwriter Ed Sheeran (AP; pic below) has announced the birth of his second daughter, saying he and his wife, Cherry Seaborn were “over the moon” at the baby’s arrival.

The Grammy award-winner posted a picture of baby socks on his Instagram site.

“We are both so in love with her,” Sheeran, 31, said in the Thursday night post, without giving the child’s name or saying when she was born.

Despite being in the spotlight for his music, Sheeran has remained private about his relationship with Seaborn. 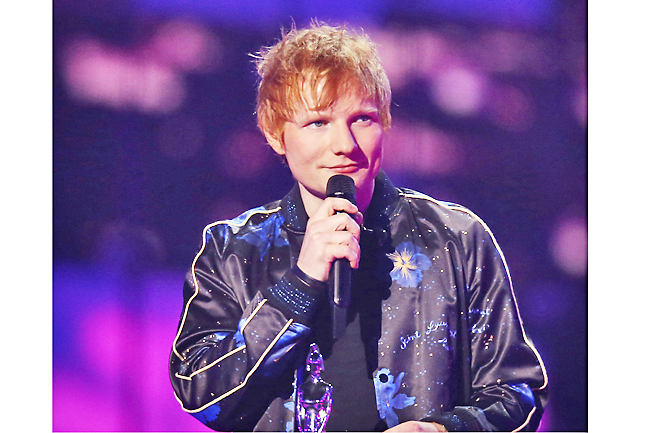