Economic recovery on the card

Brunei Darussalam’s external position and fiscal balance should improve considerably, benefitting from rising global oil prices amid better global economic prospects. The economy is expected to rebound to 2.1 per cent in 2021, benefitting from the improvement in global oil prices and demand because of the strong global recovery, said the ASEAN +3 Macroeconomic Research Office (AMRO) recently.

It added that, “Major downside risks facing the economy continue to revolve around the oil and gas sector. The Sultanate’s high dependence on the sector makes it highly susceptible to both domestic and external shocks in that sector, affecting not only the external balance and fiscal position but all aspects of the economy, which underscore the need to speed up economic diversification into the non-oil and gas sector.

“A sustained wave of the pandemic, especially domestically, will also affect the country’s near term outlook, while climate change is a perennial risk that will impact the country’s long term economic outlook.

“Domestic risks include disruptions in oil and gas production in mature fields, and the uncertain commercial viability of new field explorations in a low oil price environment.”

The report continued, “Further short-term fiscal support, if needed, should be flexible and targetted at households and businesses that are most affected by the pandemic, as well as enhancing public investments. In addition, efforts to reduce the high dependency on oil and gas revenues should be further strengthened, while enhancing spending efficiency. 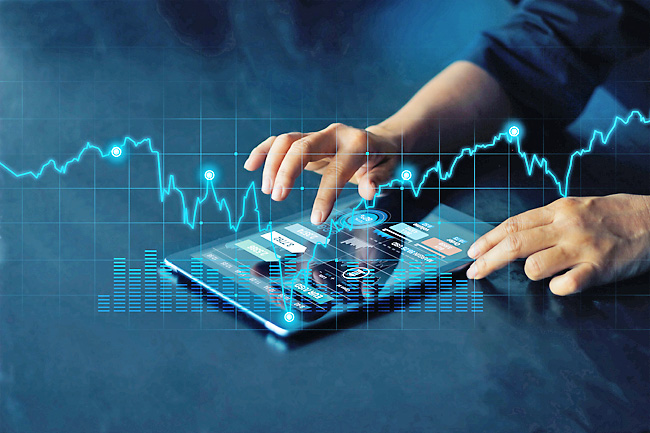 “The government should maintain its accommodative macroprudential policies to ensure sufficient financial resources to support the recovery of private sector activity. In the recovery period, the withdrawal of these measures should be gradual to avoid a cliff effect.

“The Sultanate should also remain proactive in managing natural disaster risks by allocating the necessary budget to enhance climate change mitigation and adaptation measures under sustainable development policies. More investment in sustainable development should be encouraged, while climate change mitigation and adaptation strategies should be incorporated into national development policies.”

As for policy recommendations, AMRO said a faster and more effective roll-out of the vaccination and timely delivery of vaccines are highly recommended. Containment of the pandemic enables quicker and safer reopening of the economy.

As of January 18, the Ministry of Health (MoH) said Brunei recorded 15,901 confirmed cases, 15,452 recovered cases with 347 active cases. On the vaccination rate, as of January 16, the overall rate of the population who had received at least one dose of the vaccine was 94.7 per cent while 93.8 per cent with two shots and 33.1 per cent with three jabs.

AMRO said the fiscal deficit is expected to narrow sharply in 2021 due to a sharp increase in fiscal revenue on the back of a strong rebound in global oil prices and demand.

The report added, “Further short-term fiscal support, if needed, should be flexible and targeted towards households and businesses most affected by the pandemic, as well as towards enhancing public investments, for example skill upgrading, health and infrastructure, which could help the private sector recover and adapt to the new normal more smoothly. Nonetheless, these policy supports should be closely monitored to ensure smooth unwinding while avoiding potential cliff effects.

“Efforts to reduce the high dependence on the oil and gas revenue should be further strengthened, while enhancing the spending efficiency. Significant progress had been made in reducing budget deficits several years before the pandemic struck. The pandemic has again highlighted the risk of heavy reliance on a single sector as a source of revenue.”

AMRO lauded the government’s effort via a series of fiscal reforms to improve revenue and spending efficiency through the fiscal consolidation programme (FCP). Some key FCP projects include conveyance loan for government employees, and One Common Billing System (OCBS) to facilitate the government’s revenue collection.

AMRO supports the central bank’s continued endeavours in the area of fintech development. The pandemic has caused a big surge in the use of digital platforms for both commerce and financial services, while fintech helps to expand people’s access to financial services across the country.

As for financial policy, AMRO said the current accommodative macroprudential policy stance should be maintained. The introduction of temporary regulatory forbearance measures for conventional banks, Islamic banks and finance companies – aimed to support affected individuals and businesses – has so far helped banks avoid a deterioration in their loan books, ease firms’ financial constraints, and sustain their production.

“As for structural reforms,” AMRO said, “More efforts to accelerate economic diversification is recommended to strengthen the country’s resilience to shocks and sustain robust long-term growth.

Brunei’s overall doing business ranking kept improving during 2015-2019 but declined to 66th in 2020, from 55th in 2019 mainly caused by rising competitiveness of other countries as well as some methodological adjustments.