BALIKPAPAN, INDONESIA (AFP) – The twisting road that leads to Indonesia’s future capital is lined with dense rainforest and pockets of plantations, punctuated every so often with monkeys enjoying a laze out on the tarmac.

Located in eastern Borneo – the world’s third-largest island – Nusantara is set to replace sinking and polluted Jakarta as Indonesia’s political centre by late 2024.

But the two-hour drive from Balikpapan city to the sweeping green expanse of Nusantara’s “Point Zero” reveals the scale of the new capital’s potential impact on a biodiverse area that is home to thousands of animal and plant species.

With construction set to ramp up this year, environmentalists warn building a metropolis will speed up deforestation in one of the world’s largest and oldest stretches of tropical rainforest, estimated to be more than 100 million years old.

The island that Indonesians call the “lungs of the world” – shared with Malaysia and Brunei – is home to long-nosed monkeys, clouded leopards, pig-tailed macaques, flying fox-bats and the smallest rhinos on the planet. 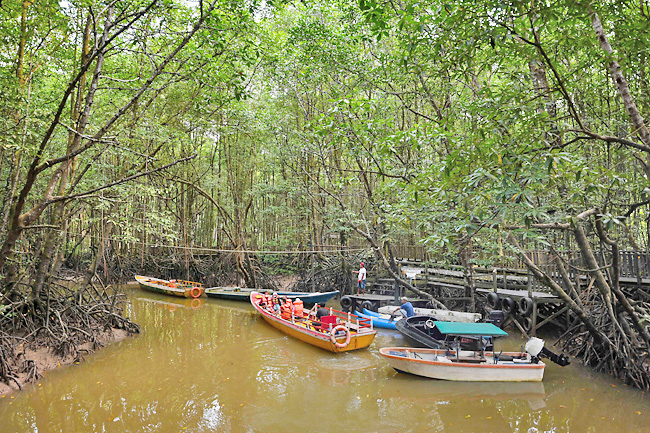 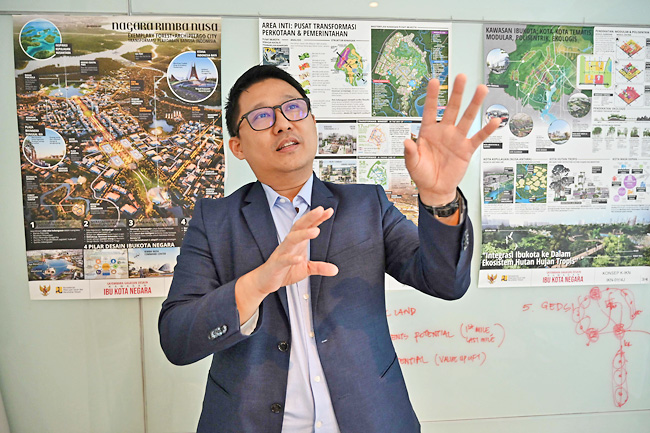 But by 2045, the Indonesian government said Nusantara will host 1.9 million residents, more than twice Balikpapan’s population, importing a wave of human and industrial activity into the heart of Borneo.

The relocation to the 2,560-square-kilometre area follows capital moves by Brazil to Brasilia – considered an urban utopia failure – and Myanmar to the ghost town of Naypyidaw.

Drastic changes to the land’s topography and the man-made disasters that could follow “will be severe and far more difficult to mitigate compared to natural disasters”, said Siagian.

Indonesia also has one of the world’s highest rates of deforestation linked to mining, farming and logging, and is accused of allowing firms to operate in Borneo with little oversight.

The government, however, said it wants to spread economic development – long centred on densely populated Java – around the vast archipelago nation, and to move away from Jakarta before the city sinks due to excessive groundwater extraction.

Indonesian President Joko Widodo has pitched a utopian vision of a “green” city four times the size of Jakarta where residents would commute on electric buses.

His city authority chief, Bambang Susantono, presented the initial plan to journalists in mid-December, pledging carbon neutrality by 2045 in what he dubbed the world’s first-ever sustainable forest city.

Architect Sofian Sibarani is in charge of creating a master plan for the new city, outlining everything from road maps to a transit system. He insisted that his plan envisaged “minimum changes to the environment”.

Sibarani spoke of a metropolis that appears out of the jungle, rather than replaces it.

“We are trying to create (a city that is) working with nature instead of working against it,” he said.

Initial projects include a parliament, workers’ homes, a dam, a grand mosque and a presidential palace shaped as the towering mythical bird Garuda.

Experts, including Sibarani, however have warned authorities against breakneck building.

“My concern is if you rush this, we may compromise,” he said.

Sibukdin, a local Indigenous Balik tribe leader, sat in a wooden house on land marked for the city as he expressed fears the development will drive away his people.

Like other Indigenous groups in Borneo, thousands of Balik tribe members rely on the forest to meet their daily needs.

More than 90 per cent of the forest the tribe uses for hunting and foraging has already been lost to commercial activity since the 1970s, Sibukdin said.

A nearby tribal cemetery was demolished because of the dam project, leaving him “heartbroken”.

“It erased our traces,” he said.

While officials have vowed to respect Indigenous rights and compensate those affected by Nusantara, provincial officials said they would verify all land claims and only accept ownership proof.

While Susantono said the first stage would be finished by next year, the city will not be completed for decades.

The project will cost IDR466 trillion (USD30 billion), with taxpayer money expected to cover about 20 per cent, according to a government estimate.

Jakarta has been wooing potential investors, including Saudi Arabia and China, with hefty tax breaks to cover the cost.

But funding has proven elusive, with few commitments announced. Japanese tech conglomerate SoftBank pulled its backing for the project in March without elaborating.

That left Indonesia with an uphill battle to swiftly relocate and find the money to open Nusantara’s doors by the time Widodo leaves office, raising fears Jakarta could cut corners.