But while the finding raises questions about possible links between diet and melanoma, the study’s lead author and other experts cautioned that it’s not a reason to avoid eating fish. It also doesn’t change the most important advice for reducing melanoma risk: Limit your exposure to UV rays from the sun.

The new study, published in the journal Cancer Causes & Control, evaluated data from more than 490,000 adults in the United States (US) between the ages of 50 and 71 who were enrolled in the NIH-AARP Diet and Health Study.

At the start of the study, participants completed detailed questionnaires, including information about their fish intake, and then were followed for about 15 years to track cancer diagnoses among the group.

Compared with those who ate hardly any fish, the group that ate the most – on average 283 grammes, or about three servings, per week – had 22 per cent more cases of malignant melanoma, the researchers found.

It’s not clear why eating fish might affect a person’s risk of developing melanoma, said Associate Professor of Dermatology at Brown University and the lead author of the study Eunyoung Cho. “We believe it’s not fish per se, but probably some contaminant in fish,” she said.

Other studies have found that people who eat more fish have higher levels of heavy metals such as mercury and arsenic in the body. These same contaminants are also associated with a higher risk of skin cancer, she noted.

However, her study didn’t measure contaminant levels in participants, and more research is needed to explore this link, she said. “I wouldn’t discourage people from having fish just because of our finding,” Dr Cho said. Eating fish is associated with a lower risk of cardiovascular disease and maybe even some other cancers, she pointed out. 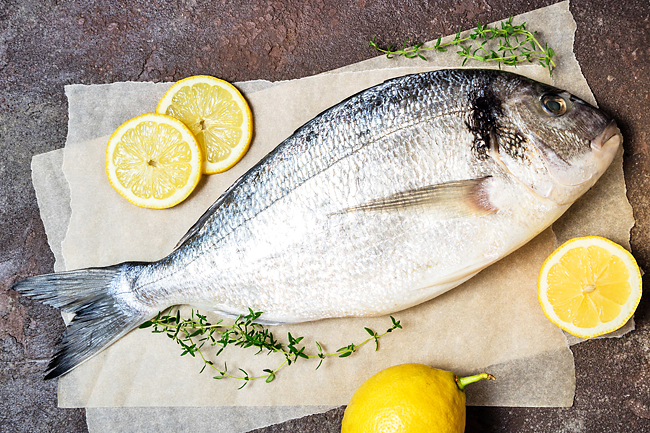 The American Cancer Society recommends choosing fish, poultry and beans more often than red meat, and the American Heart Association (AHA) advises eating two servings of fish per week for heart health. Other experts were similarly cautious in their interpretation of the study’s findings. “This does not change dietary recommendations for fish intake as part of a heart-healthy, anti-inflammatory or broad cancer prevention diet,” Associate Professor of Epidemiology at the University of Texas MD Anderson Cancer Center Carrie Daniel-MacDougall, wrote in an e-mail.

Dr Daniel-MacDougall led an earlier analysis, with a shorter follow-up time and fewer variables, of the same NIH-AARP cohort included in the most recent study.

Her paper, published in 2011, also found a correlation between fish intake and melanoma risk.

However, the NIH-AARP study was originally designed to track many types of cancers, and it didn’t measure important and well-known melanoma risk factors, like a history of sunburns or greater lifetime UV exposure, Dr Daniel-MacDougall wrote.

People with these risk factors may have spent more time in the sun – perhaps at the beach or fishing – and may have also been more likely to enjoy seafood, she pointed out. Without more information, it’s impossible to determine if it’s the fish, time in the sun or some other factor driving the greater melanoma risk.

Director of the Melanoma Research Programme at Oregon Health and Science University Dr Sancy Leachman said the new study was well-designed and called the findings “intriguing”.

But, she said, when “you crunch large data sets like this”, what you find are correlations between factors, not evidence that one causes another.

This type of study is good for developing new hypotheses – that contaminants found in fish might increase the risk of melanoma, for example – but they need much more research to see if they hold up. “Science evolves, and you can’t do everything overnight. That’s just part of the process,” Dr Leachman said.

Many studies have identified correlations between certain foods and types of cancer, but in general, when more studies are conducted and the results are looked at as a whole, the effects often become smaller or disappear altogether.

When it comes to correlations between cancer risk and specific foods, “don’t get overwhelmed by this incomplete data that is yet to be proven”, Dr Leachman said. “Hold on to the tried and true things: Eat well, sleep well, exercise well, all in the moderation,” she said. “That gives you the most resilience you can possibly have against any kind of disease, including cancer.”

And for melanoma specifically, “the most effective practices we have to prevent melanoma are limiting sun exposure – across the life span, starting in childhood – and skin cancer screening,” Dr Daniel-MacDougall wrote.

Compared with the limited data on fish and other dietary factors, there’s far more evidence to support this advice, Dr Leachman agreed. Having had five or more sunburns doubles your lifetime risk of melanoma, according to the Skin Cancer Foundation.

Check your skin regularly for any spots that seem to be new, changing or unusual, and see a doctor if you find something concerning, Dr Leachman said. “If you see something that looks funny, don’t just blow it off,” she said.