The peer-reviewed findings of the United States (US) National Institutes of Health (NIH), a medical research agency, were published in the eBioMedicine journal.

Using health data gathered from 11,255 adults over 30 years, researchers analysed links between serum sodium levels, which go up when fluid intake goes down, and various indicators of health.

They found adults with serum sodium levels at the higher end of a normal range were more likely to develop chronic conditions and show signs of advanced biological ageing than those with levels in the medium range.

Adults with higher levels were also more likely to die younger, they said. 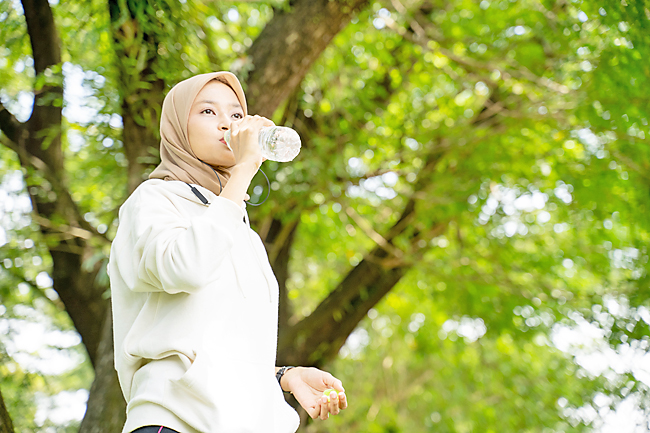 “The results suggest that proper hydration may slow down ageing and prolong a disease-free life,” said study author Natalia Dmitrieva, who is a researcher at the Laboratory of Cardio-vascular Regenerative Medicine at the National Heart, Lung and Blood Institute (NHLBI), which is part of the US NIH.

Last March (2022), the scientists had published a study that found links between higher ranges of normal serum sodium levels and increased risk of heart failure.

For the new study, they assessed information participants shared during five medical visits – the first two when they were in their 50s, and the last when they were between 70 and 90.

They excluded adults who had high levels of serum sodium at baseline check-ins or with underlying conditions, like obesity, which could affect serum sodium levels.

They then evaluated how serum sodium levels correlated with biological ageing, which was assessed through 15 health markers.

They included factors such as systolic blood pressure, cholesterol and blood sugar, which provided insight about how well each person’s cardiovascular, respiratory, metabolic, renal and immune systems were functioning.

They found adults with higher levels of normal serum sodium – with normal ranges falling between 135-146 milliequivalents per litre (mEq/L) – were more likely to show signs of faster biological ageing.

This was based on indicators like metabolic and cardiovascular health, lung function and inflammation, they said.

Adults with serum sodium levels above 142 mEq/L had up to a 64 per cent increased associated risk for developing chronic diseases like heart failure, stroke, atrial fibrillation and peripheral artery disease, as well as chronic lung disease, diabetes and dementia, they added.

But adults with serum sodium levels between 138-140 mEq/L had the lowest risk of developing chronic disease, they said.

The researchers said the findings do not prove a causal effect, adding that randomised, controlled trials are needed to see if optimal hydration can promote healthy ageing, prevent disease and lead to a longer life.