CNA – Remember when we would leave the tilam or mattress out in the sun to get rid of “germs”? We’d give it a few hard smacks afterwards for good measure, and consider the mattress cleaning part of the day done and dusted.

Fast forward to 2022 when the COVID-19 pandemic still looms over our heads and everyone’s more concerned about hygiene. Are those methods now considered archaic and ineffective? Are you better off using the vacuum cleaner on your mattress?

Superficial stains aside, there are deeper reasons why there’s a need to clean your mattress: Allergies caused by dust mites. According to the Asthma and Allergy Foundation of America, dust mites may be the most common trigger of year-round allergies and asthma.

WHO ARE YOU SLEEPING WITH?

Considering the amount of time you spend on the mattress (you do spend about a third of your life sleeping or attempting to), we don’t clean it enough, at least according to a Dyson survey involving more than 32,000 respondents from 33 countries.

This annual global study found that close to seven in 10 individuals do not vacuum their mattresses despite the fact that these places are hotbeds for dust mites.

Dust mites are eight-legged, microscopic (each about one-third of a millimetre) bugs that feed on human dander (we are known to shed about 5.7 gramme of dead skin a day) as well as on the mould that thrive on this all-you-can-eat buffet that is your dead skin, body oil, sweat and dust, said Associate Professor Chew Fook Tim from National University of Singapore’s Department of Biological Sciences, Faculty of Science.

They may seem like your personal clean-up crew but the effect is far from that. Dust mites and their faeces – along with the mould that grow on the accumulated mix of dust, dead skin, body oil and sweat – don’t spell good news for those who react to this allergy trifecta, said Associate Professor Chew. 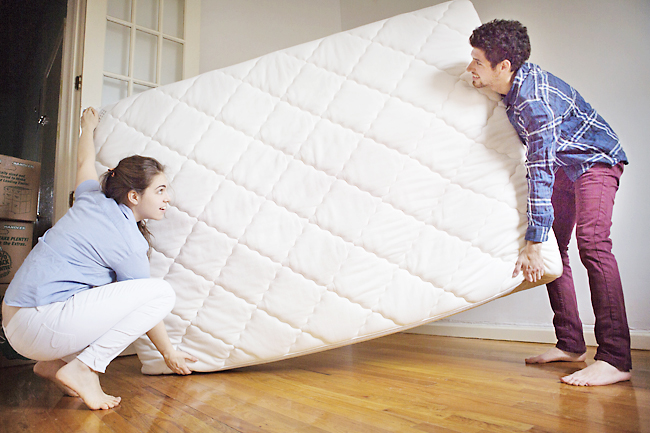 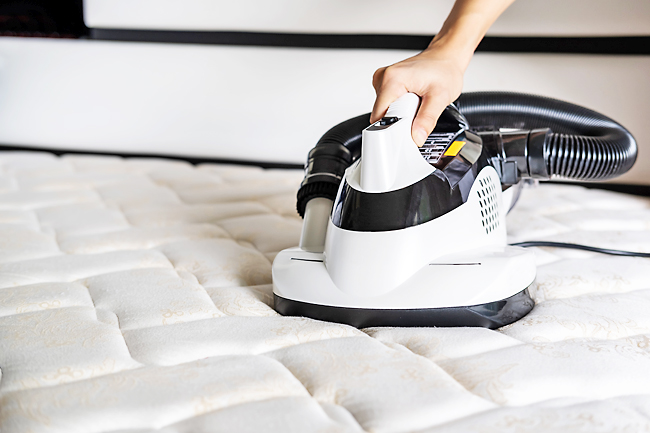 Yes, dust mite faeces – not just the mites themselves – are a source of allergen or trigger for runny nose, watery eyes, sneezing and in severe cases, asthma or eczema flare-ups.

“There are more than 30 to 40 different allergens that have since been identified to be capable of triggering allergic symptoms to varying extent in different individuals,” said Associate Professor Chew. And some of these allergens are courtesy of the dust mites.

For instance, meet Der p 1. This major allergen is mostly found in mite faeces, said Associate Professor Chew. “There are many more allergens – Der p 2, Der p 3 and so on – that can be found on the bodies of the mites themselves. Some are the enzymes that are part of the mites’ gut system, while others make up different parts of the mites’ overall system.”

Now that you know, what are your options that can effectively control the dust mite situation in your mattress? “Some research indicates that any one single method of environmental control and mite-reduction method may not be effective,” said Associate Professor Chew. Instead, you’ll do better with a combination of various methods.

But having said that, “dust mites are ubiquitous” and there is no way you can achieve Mite Population: 0, reminded Associate Professor Chew. A more sensible approach is to minimise the mite levels, so that you have better control over your allergies.

Here’s a look at the methods available and how they stack up:

These mattresses and bedlinen may be treated or embedded with acaricidal (anti-mite), anti-fungal and/or anti-bacterial chemicals. However, such properties would wane over a few years – some faster than others, said Associate Professor Chew.

Sometimes, they are made of breathable materials such as cotton or bamboo, which do not encourage the accumulation of humidity. “Dust mites thrive in high humidity, between 75 per cent to 80 per cent,” said Associate Professor Chew, along with mould, which is a source of food for the mites.

Another method is the use of tightly woven fabrics that act as a barrier and supposedly do not allow the mites to pass through. “But such materials may not stay tightly woven over time, and in any case, the allergens that trigger the allergic symptoms are much smaller than the individual mite themselves,” said Associate Professor Chew.

Ultimately, do these products work? “The word ‘hypoallergenic’ doesn’t mean that the product won’t produce an allergic reaction; nor is it effective in reducing and keeping dust mite levels low for good,” said Associate Professor Chew. “There are no standards or definitions that govern the use of the term.”

Even if there are some benefits, different people have varying degrees of sensitivity to dust mites, he said. “How effective or long such hypoallergic properties would last depend on multiple factors, including the environment, hygiene practice, and individual sensitivity of the person.”

While this method may kill dust mites on or near the surface of the mattress, it can’t reach the critters and allergens deep in a thick mattress (a typical mattress is at least 20cm high), said Associate Professor Chew. “It may reduce the mite population and even reduce the allergen levels if the mattress is not thick and huge.”

Moreover, steam cleaning has to be done very thoroughly. Otherwise, it may worsen the situation by leaving the mattress damp and increasing the humidity. And as you’ve already read earlier on, mites and mould grow in these conditions – including bacteria, said Associate Professor Chew.

Vacuuming your mattress may bring the allergens that are embedded deep within the mattress up to the surface and increase your exposure to these allergens, said Associate Professor Chew.

Furthermore, “scientific research has consistently shown vacuum-cleaning to be largely ineffective at removing dust mite allergens”, he said, adding that it removes dust mite allergens “in an inconsistent and incomplete manner”. “One cannot vacuum away the millions of mites, nor the large quantities of allergens accumulated over the years,” he said.

If you’re looking at removing dust from the top of your mattress, diligently vacuuming it may be “slightly better” than smacking it, he added.

Regular changing would reduce the accumulation of dust, dead skin, body oil and sweat, said Associate Professor Chew, and limit the proliferation of the mites and mould.

However, these bugs are found not only on the surface of the mattress but within as well, he said. “As such, changing the bed sheets alone would not be sufficient to reduce your exposure to dust mites and their allergens.”

But if you’re up for it, he recommends changing your sheets once a week. “If your pet climbs onto the bed occasionally, a higher frequency of change would definitely be recommended, whether or not one is allergic to the pet.”

Don’t write it off as “so auntie” just yet. Direct sunlight may kill bacteria, mould and dust mites – but not remove the allergens, said Associate Professor Chew.

It only works if you leave the mattress in direct sunlight for up to six hours, he said. If you can sun the mattress weekly and keep it dry (whether from urine or drink spillage), it may be a useful method to try, provided it is a relatively new mattress that hasn’t accumulated a lot of allergens, he added.

But be prepared for your mattress’s lifespan to be shortened though. “Latex-based mattresses may be oxidised by direct sunlight exposure, resulting in their physical distortion and causing significant damage,” he said.

Associate Professor Chew has this anecdote on mattress replacement: “A physician friend once told me that his advice for his very allergic patients is to buy cheap mattresses and change them every few months, rather than spend a lot of money on expensive mattresses and keep them for years or decades.”

If going through cheap mattresses isn’t ideal for you, you could maintain an environment that is less mite-friendly. For instance, keep the temperature and humidity low in the bedroom at less than 50 per cent relative humidity, he said.

“Don’t clutter the bedroom or the bed. Avoid carpets as the mattress and carpet are the most important accumulators of dust mites and their allergens.”

But you may have to chuck out your mattress if you have:

– More allergy symptoms at night or when you lie on your bed.

– A constantly blocked or runny nose but the symptoms go away when you are away from the room.

– An old mattress that is stained and smells mouldy.