UPI – The Transportation Security Administration (TSA) is reminding passengers of the proper protocol for travelling with pets after a dog accidentally went through a security X-ray at a Wisconsin airport.

TSA Great Lakes revealed in a Twitter post that a small dog was “accidentally sent through the X-ray” when it was left inside a traveller’s carry-on bag at Dane County Regional Airport in Madison.

“When travelling with any animal, notify your airline & know their rules. At the checkpoint, remove your pet from the bag and send all items, including the empty carrier, to be screened in the machine,” the tweet said.

The tweet included the X-ray photo of the dog inside the traveller’s backpack.

TSA representative Jessica Mayle said the dog, a dachshund-chihuahua mix, had been cleared to fly by the airline, but the passenger had been unaware of the correct protocol when taking her pet through the security checkpoint.

“After (the dog) was discovered by the X-ray operator, the officer explained the proper process to the passenger and confirmed she had disclosed she was travelling with the pet to the airline,” Mayle said in an email to USA Today. “After her bags were cleared, she proceeded to her gate.”

Mayle said the dog was unharmed but “a little skittish” after going through the X-ray tunnel. 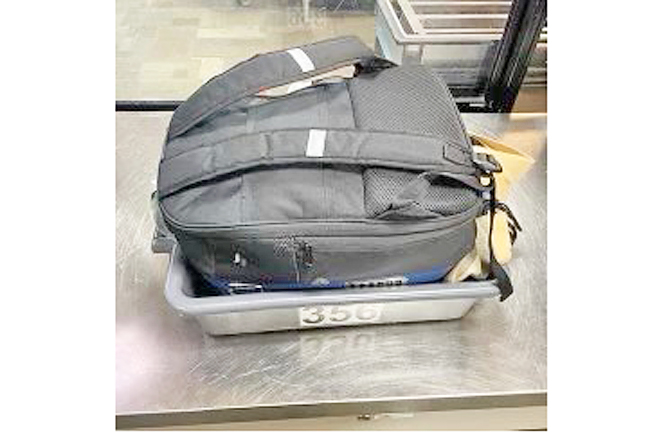