Do your part in preventing antimicrobial resistance, says minister

In a message in conjunction with World Antimicrobials Awareness Week 2022 celebrated November 18 to 24, the minister said the process of natural antimicrobial resistance has been accelerated and was becoming more tough to be addressed due to the effects of human being activities, which should not happen, in some sectors such as human health, animal and plant health as well as the environment.

“Activities include the consumption of inappropriate, uncontrolled and excessive antimicrobial medicine and inadequate steps during prevention control of the infection.

“The impact of spreading antimicrobial resistance means that bacteria, fungi and parasites can no longer be completely treated with current available antimicrobial medicines, and this can be clearly seen in health systems where infections were caused by drug-resistance microbes. 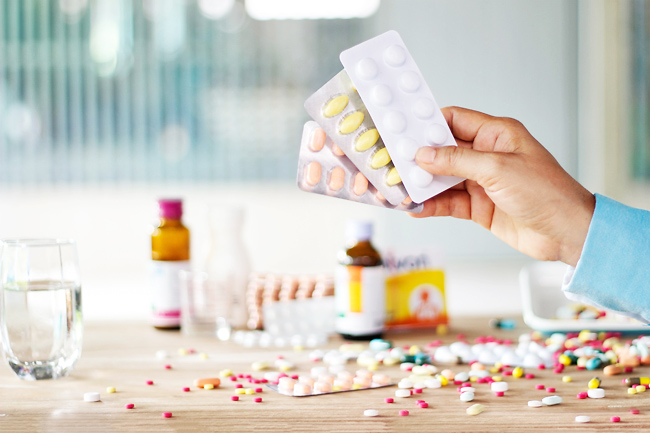 “Even if the infection can be treated, it would require a broad spectrum of antimicrobial medicine, which becoming more expensive,” said the minister.

“The phenomenon can also cause patients to stay in the hospital for a longer period of time, resulting in the deterioration of their overall health.

“Certain patients are susceptible to infections, including those who have a weak immune system due to an illness or treatment such as chemotherapy for cancer.

“They have higher risk of getting drug-resistant infections.

“Medical procedure such as surgery, organ transplants and chemotheraphy become more risky because of AMR infections.”

According to World Health Organisation (WHO), antimicrobial resistance has become one of the 10 global health threats.

This indeed requires immediate action by all level of community including global leaders, policy makers and others.

“With the theme ‘Preventing Antimicrobial Resistance Together, it aims to support the global call to be equally responsible in addressing the antimicrobials.

“WHO also has supported strategies to further promote the use of antimicrobials prudently while at the same time strengthen prevention measures in dealing with AMR through a holistic, multi-pronged strategy known as One Health approach.”

The minister said everyone has a role in ensuring antimicrobial treatment be consumed based on doctor’s advise and instruction.

He noted that everyone should take an active role in the control and prevention of infection by avoiding or limiting leaving home if they experience flu-like symptoms.

He also encouraged the frequent washing of hands; prioritising cleanliness during preparation of food and drinks intake and getting vaccinated.

“Meanwhile, those working in the health sector also play a significant role in the efforts to fight antimicrobial resistance,” said the minister.

This includes the sharing of health knowledge among health professionals and the public on the difference between the types of infection and when antimicrobial medicine can be used, he said.

“In addition, infection prevention measures are also necessary when treating patients, especially those infected with germs that are resistance to antimicrobials.”