LONDON (AFP) – Wimbledon champion Novak Djokovic is hoping United States (US) authorities change entry rules in time to allow him to compete at the US Open, even though he refuses to be vaccinated against coronavirus.

The Serbian top seed beat Nick Kyrgios in four sets on Sunday to win his seventh title at the All England Club and 21st Grand Slam crown overall – leaving him just one behind Rafael Nadal.

Now he is targetting a fourth US Open crown after losing to Daniil Medvedev in the final last year.

But as things stand, his unvaccinated status means he will not be allowed into the US to play in the tournament, which starts next month.

“I’m not vaccinated and I’m not planning to get vaccinated so the only good news I can have is them removing the mandated green vaccine card or whatever you call it to enter US or exemption,” said the 35-year-old.

“I don’t think exemption is realistically possible. I think it’s just whether or not they remove this in time for me to get to the USA.”

The Serb was deported from Australia over his vaccination status in January, preventing him from defending his Australian Open title.

Djokovic admitted it had been a difficult start to the year and it had taken him months to recover.

“I was not feeling great generally. I mean, mentally, emotionally, I was not at a good place,” he said.

“I wanted to play, but at the same time when I went out on the court in Dubai, I wasn’t feeling myself. I realised at that point that it’s going to take some time, that I have to be patient.” 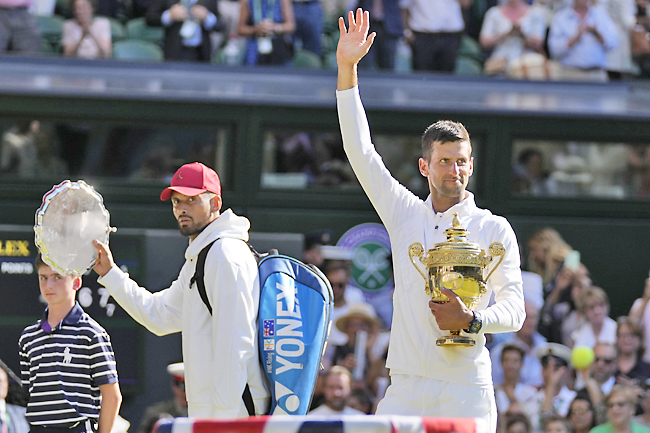