THE WASHINGTON POST – Every night, millions of people lose sleep because of obstructive sleep apnoea, a chronic disorder that causes periodic disruptions in nighttime breathing.

But a growing body of research suggests that improving your eating habits by cutting out ultra-processed foods and increasing your daily steps can reduce symptoms of sleep apnoea and potentially even eliminate it.

The findings are important because sleep apnoea is one of the most common causes of bad sleep, affecting an estimated one in five people worldwide. The condition occurs when the muscles in the back of your throat relax and block your airway as you’re sleeping, causing you to stop breathing. These apnoea episodes can last for more than 10 seconds and occur many times a night, leading to gasping, snoring and frequent, abrupt awakenings as your body struggles for air.

Because of the heavy strain it puts on your body, sleep apnoea can raise your blood pressure and increase your risk of developing diabetes and heart disease.

Obesity is a particularly strong risk factor because excess tissue in the mouth and throat can block your airway at night. But the new research shows that lifestyle and diet changes can reduce sleep apnoea, even if you don’t lose weight. 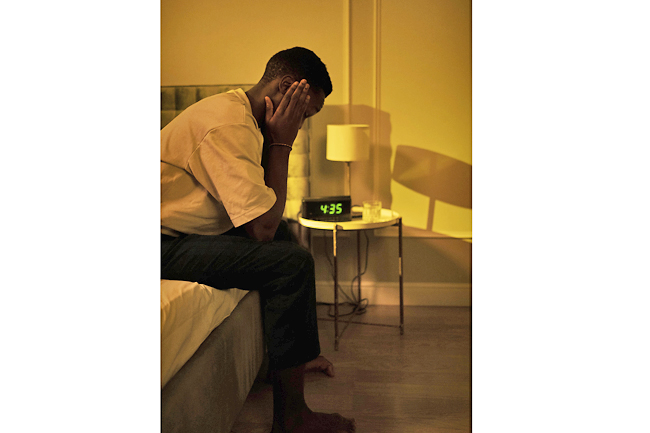 In one recent study published in JAMA Network Open, researchers in Spain recruited 89 overweight and obese men who had moderate to severe sleep apnoea and split them into two groups. One underwent a simple diet, exercise and lifestyle intervention. The participants were counselled to eat more healthy whole foods such as fruits, vegetables, beans, olive oil, seafood, poultry, eggs and herbs. They were also encouraged to avoid ultra-processed foods, processed meats, salty snacks and sugar-sweetened beverages.

“It wasn’t a restrictive, low-calorie diet,” said lead author of the study and a researcher at Loyola University Andalusia in Spain Almudena Carneiro-Barrera. “We just taught them how to eat a healthy diet.”

The participants were encouraged to increase their daily step count by 15 per cent a week.
The second group of participants, meanwhile, served as controls: They did not receive the lifestyle intervention.

Participants in both groups used a medical device called a CPAP machine, which delivers a gentle and steady flow of pressurised air through a tube and a mask that users wear while they sleep. CPAP is the standard treatment for sleep apnoea. It prevents apnoea episodes, but it can be uncomfortable, and many people stop using it or struggle to keep it on at night.

After just eight weeks, the group that adopted healthier habits had a 51 per cent reduction in the number of apnoea episodes they experienced during each hour of nightly sleep.

About 15 per cent achieved complete remission of their sleep apnoea, and 45 per cent no longer needed their CPAP machines.

On average, the healthy habits group lost about 16 pounds – roughly seven per cent of their body weight. By six months, they had sustained their weight loss, and the number of participants whose sleep apnoea went into remission doubled. Roughly 62 per cent of them no longer needed their CPAP machines.