As the Sultanate gained independence in 1984, the Royal Brunei Malay Regiment was renamed the Royal Brunei Armed Forces (RBAF), with His Majesty taking over as the Minister of Defence ever since.

Under His Majesty’s leadership, the RBAF underwent tremendous transformation that enabled it to strengthen its military capabilities, and improved defence diplomacy, to safeguard Brunei’s economic, political, and security interests.

OVER 60 YEARS OF PROGRESS

The men and women who serve under the RBAF for the protection of the country are annually honoured in the Sultanate on May 31. 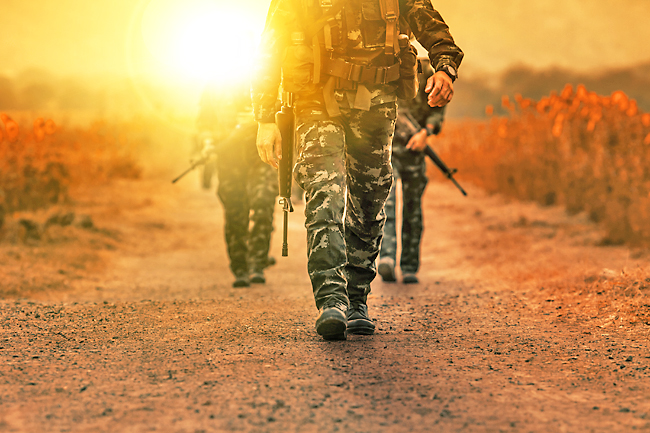 As they carry out their collective mission in defending the nation, the RBAF is also strongly focussed in maintaining high standards of discipline and the implementation of its core values of taqwa (faith), loyalty, courage and professionalism among its personnel.
The RBAF will continue to inculcate strong spirit and patriotism in establishing and building effective operational capacity to support the wishes of His Majesty in developing strong and capable armed forces.

The RBAF has accomplished significant milestones made on a sustainable basis for a positive impact on its mission, roles and responsibilities for the country’s security.

Under His Majesty’s leadership, significant developments were achieved, including the development of the armed forces’ human resources, capabilities, defence diplomacy cooperation, involvement in regional and international operations, as well as the establishment of several enablers to operational support.

The tireless dedication within the RBAF to increase defence diplomacy efforts and build rapport with other nations within several bilateral and multi-lateral platforms have garnered milestones.

The RBAF will continue to employ the whole-of-government and whole-of-nation approach to ensure the continuity of peace, stability and prosperity in Brunei Darussalam.

“We will enhance skills and maintain a high level of professionalism to uphold our credibility as a respected military force and strong partner for a safe nation. The RBAF will continue to prepare itself in all aspects of defence, particularly defence diplomacy,” he said.

With peace and stability being pre-requisites to national development, Captain Haji Mohamad Sarif Pudin said, “They are of the highest priority, with no room for compromise. Each party has his respective duties and responsibilities to maintain stability and to safeguard the peace in the Sultanate.”

The theme is also in line with the RBAF’s role in supporting the development of the country holistically, by ensuring a peaceful and harmonious environment through robust defence and security.

As a manifestation of this theme, the RBAF is a pillar of the country’s defence and security, an agent and catalyst of unity as well as in integration with national security agencies to sustain the stability and peace of the country, and as well as in the regional and international arena.

Looking back at some of its recent milestones as it reaches 61 years of establishment, several positive transformations and developments were achieved, based on guidelines from the Ministry of Defence (MinDef).

DEFENDING THE NATION’S SOVEREIGNTY: A SECURE AND RESILIENT FUTURE

Titled Defending the Nation’s Sovereignty: A Secure and Resilient Future, DWP 2021 represents the latest comprehensive examination of how MinDef and RBAF must adapt to continue defending the nation, its sovereignty and territorial integrity into the future within the contours of an increasingly challenging contemporary security landscape, in line with the country’s broader national security effort.

This latest white paper outlines specific strategic challenges from the lens of Brunei Darussalam and further presents updated defence strategies and priorities from previous white papers following demands on an increasing and maturing defence role of the RBAF.

Also outlined are more comprehensive defence tasks based on current priorities that include monitoring the strategic environment to ensure early identification; defending the country from external threats; collaborating with stakeholder agencies in jointly protecting national interests in the country’s maritime and land border areas, as well as enhancing the country’s capacity to address terrorism and cyber threats; providing support to public agencies especially if the challenges faced are beyond scale and exceed the capabilities of public agencies; working closely with other countries through defence diplomacy, whether ASEAN member countries or countries outside the region; and supporting broader regional and international efforts, which lead to regional stability in general and/or specifically to peacekeeping operations and humanitarian aid operations while gaining experience and increasing the knowledge of members.

As decades passed, the RBAF endeavoured to expand its role to address evolving and complex defence and security threats by ensuring their readiness and preparedness to deliver operations in ensuring the country’s peace and stability as well as her regional surroundings.

To do so, the RBAF recognised the importance to build up its experiences in overseas missions, operating together with other armed forces from all parts of the world.

Today, the RBAF is reputed as a credible defence force of a sovereign nation capable of contributing to regional and global efforts in promoting peace, security and stability amidst common security threats that are transnational in nature and in a complex strategic environment.

The commitment can be seen through its involvement in various missions, regionally and internationally, including RBAF’s active participation in the International Monitoring Team (IMT) in the Philippines since 2004, the United Nations Interim Force in Lebanon (UNIFIL) since 2008, and the Command Watch Captain at Combined Task Force 151, the Gulf of Aden since 2010.

Besides that, the RBAF also supported the work of the Independent Decommissioning Body Verification, Monitoring and Assistance Team (IDB-VMAT) in Mindanao, the Philippines, since 2019.

The RBAF has also stationed personnel at various regional centres established by Singapore.

These centres include the Information Fusion Centre (IFC) in 2013, the Regional Humanitarian Assistance and Disaster Relief Coordination Centre (RHCC) in 2015, and the Counter-Terrorism Information Facility (CTIF) in early 2021.