ISLAMABAD (AP) – Last week’s suicide bombing at a Kabul education centre killed as many as 52 people, more than twice the death toll acknowledged by Taleban officials, according to a tally compiled by The Associated Press (AP) on Monday.

Dozens more were wounded in Friday’s blast, making it one of the bloodiest attacks since the Taleban seized control of Afghanistan more than a year ago. There was no claim of responsibility. The blast struck at a time when hundreds of teen-age students were taking practice exams at the Kaaj Higher Educational Center in the Afghan capital. The explosion blew the roof off the building.

Taleban security officials initially said 19 people had been killed, then revised the death toll to 25 over the weekend.

However, the AP spoke directly to relatives of 39 of those killed and obtained the names and other information about the remaining 13.

The overwhelming majority of victims were girls and women, including 31 students between the ages of 17 and 20. The youngest victim was a 14-year-old girl called Nasrin, who was visiting the centre with her 19-year-old cousin Layeqa, who also died in the blast. 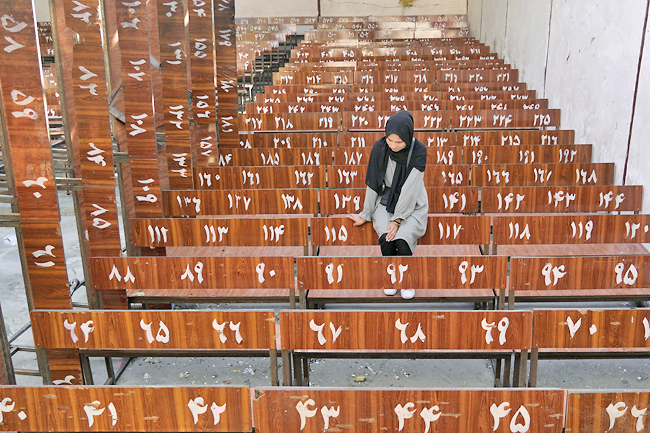 Taleban-appointed spokesman for the Kabul police chief Khalid Zadran said on Monday that the death toll was 25, based on information from the Interior Ministry.

Taleban-appointed spokesman for the Interior Ministry Abdul Nafi Takor was not immediately available for comment.

He spoke of the difficult time his family was enduring.

“It looks like hell for us,” he said. “I can’t feel anything anymore. I can’t sleep. I feel like I’m being torn apart. I wish I could be somewhere I could shout, raise my voice. My heart is torn for Wahida.”

The reason for the lower death toll provided by the Taleban was not immediately clear.

In the past, they have at times been slow to confirm casualty figures in the aftermath of attacks.