Prosecutors yesterday arraigned seven officers and personnel of the Royal Customs and Excise Department (RCED) in the Intermediate Court to face charges of corruption, conspiring to commit criminal breach of trust and misuse of public office.

No pleas were taken from the seven defendants as Deputy Public Prosecutor Nurul Fitri Kiprawi and Prosecutor Khalilah Hussin informed court that a further probe into the case is ongoing.

The case is a result of an arrest by the Anti-Corruption Bureau (ACB) in a joint operation with other security agencies between September 8 and October 4.

The operation is associated with information received by the ACB that RCED officers committed offences of selling items seized and kept at the RCED warehouse in Muara, some of which had been ordered for disposal. 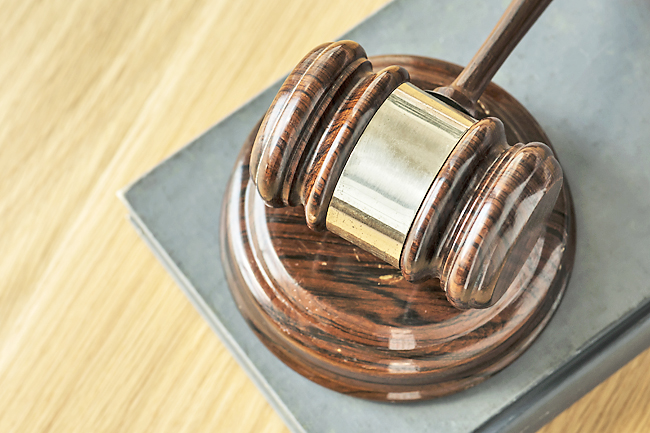 This led to the arrests of Deputy Superintendent of Customs Pengiran Mohd Amir Ilham bin Pengiran Haji Yusop, who was the deputy head of the Assets and Logistics Management Unit, and Inspection Officer Pengiran Ehsaney Mohammad Mustaffa bin Pengiran Jalil, who were brought to the Magistrate’s Court on September 10 and ordered remanded for two weeks for further investigations.

Further probe led to the arrests of an Indian national and five other RCED officers and personnel involved in the case. They were also remanded on various dates for further investigations.

One of the subsequent arrests made was on Deputy Superintendent of Customs and the Head of Assets and Logistics Management Unit Abu Talip bin Haji Awang Tengah, charged for committing criminal breach of trust under Section 409 of the Penal Code in August for misappropriating properties seized by the RCED.

Further investigations unearthed other offences alleged committed by Pengiran Ehsaney Mohammad Mustaffa. The allegations result in two charges faced by Pengiran Ehsaney Mohammad Mustaffa under Section 6(a) of the Prevention of Corruption Act, Chapter 131, for corruptly receiving BND150 and BND100 in September as rewards from a contractor awarded two separate projects to conduct installation works at the RCED.

Pengiran Ehsaney Mohammad Mustaffa also faces a charge under Section 12B of the Prevention of Corruption Act for misconduct in holding public office, namely a customs inspection officer, by selling liquor to an Indian national sometime between August 28 and September 5, an offence in contravention of Section 78 of the Excise Order 2006.

Meanwhile, the ACB reminded public servants including law enforcement officers that they are entrusted with powers to serve the public interest. Any abuse or misuse of their position and powers, as well as any engagement or involvement in corrupt practices, is liable to prosecution under the Prevention of Corruption Act which leads to a penalty of seven years imprisonment and BND30,000 fine.

An offence of criminal breach of trust under the Penal Code will lead to a penalty of 20 years’ imprisonment and a fine.