The annual event is co-organised by Dr Yong Liu of the Design and Creative Industries (DCI) programme and Mayyer Ling of the English Department, Faculty of Arts and Social Sciences (FASS), UBD.

This year, for the first time, PRISM became one of the official events under the ASEAN University Network on Culture and the Arts (AUN-CA) umbrella. The theme for this year’s PRISM is ‘Culture. Future. Openness.’ 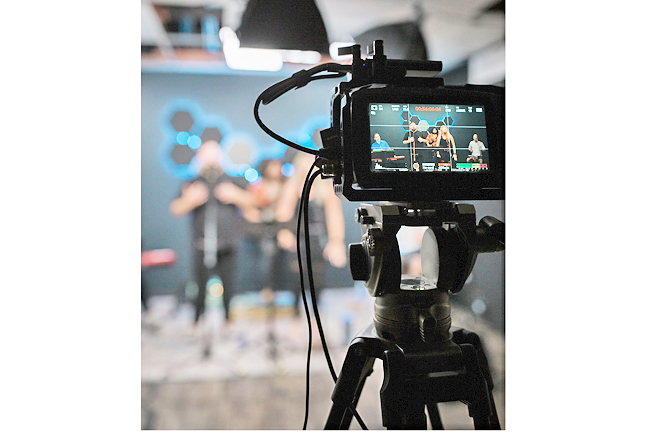 The judging process will be conducted by a jury panel chaired by FASS Dean Dr Kathrinabinti Dato Paduka Haji Mohd Daud and comprise industry professionals and academics from Brunei and overseas. The winner in each competition category will receive BND500 cash prize. This is the first time PRISM set up cash prizes for winning films.

The 5th PRISM‘s physical premiere kicked off with an opening film A Journal to Brasov, which documents a trio of DCI students going to Brasov, Romania and attending the final competition of Dracula Digital 2022, and the friendship built up between them and three Romanian peer students via their co-operation of filmmaking production.

It was followed by a brief opening remark by Mayyer Ling, recorded from Wellington, New Zealand, and the ensuing screening of the 26 finalist films in the order of documentary, animation, smartphone-made, and fiction genres.

As with the previous year, the premiere screening is followed by a three-week online screening of all the selected finalists on Progresif Media – while the jury panel proceed with judging reviewing, deliberation, and decision-making.

Winners of all the five categories will be announced in an award ceremony schedule for December 6 at the Pro Chancellor Arts Centre, UBD.