Cultural events are legacies to be preserved, says minister

The ability to celebrate both Hari Raya Aidilfitri and Adau Gayoh is a meaningful affair as it showcases unity among the people in the Sultanate regardless of cultural or religious backgrounds.

“As we head towards the future, we can be confident that our legacy, identity, origin and history will not be forgotten,” he said, adding that the Ministry of Culture, Youth and Sports (MCYS) sees cultural events as legacies to be preserved and passed down to the next generation. 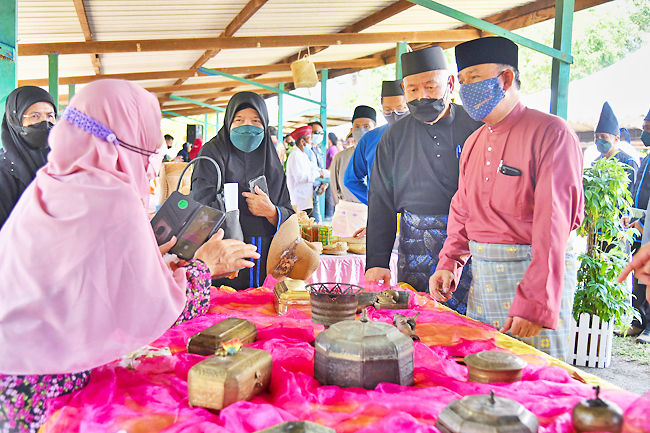 As part of the ministry’s initiatives to preserve cultural heritage, dialects of the indigenous communities have been published by the Language and LIterature Bureau.

“What is most important is the role of our youth as the inheritors of the nation’s cultures to ensure the survival of the national identity,” the minister said.

The minister expressed optimism after witnessing the effort in keeping the Dusun tradition alive through celebrations such as Adau Gayoh while offering a platform for the society to learn about the indigenous group.

Penghulu of Mukim Bukit Sawat Haji Md Salleh bin Haji Othman said the celebration has been held in Tutong and Brunei-Muara districts annually since the establishment of PSJD in the 1960.

In line with its mission to care for and protect the ethnic identity of the Dusun community, he said the community has been working hard in preserving the traditions through the Adau Gayoh celebration.

The minister presented certificates of participation to representatives from each Gendang group before visiting booths showcasing Dusun handicraft and cuisine.