Present at His Majesty the Sultan’s Flight Hangar to bid farewell to Their Royal Highnesses were Yang Amat Mulia Pengiran-Pengiran Cheteria; Cabinet Ministers; members of the Privy Council; the Commissioner of the Royal Brunei Police Force; the Commander of the Royal Brunei Armed Forces; permanent secretaries at the Prime Minister’s Office, Ministry of Foreign Affairs and Ministry of Education and spouses. 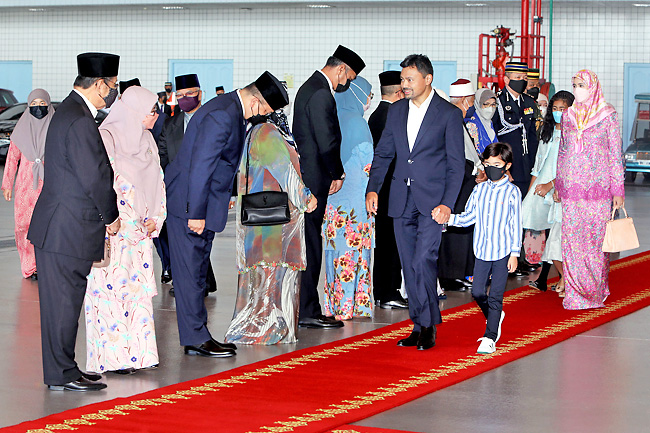 It includes a series of visits to schools, the Integrated Public Service Centre and the Changi Naval Base.

His Royal Highness will also hold separate courtesy calls to the President of Singapore and the Prime Minister of Singapore.

The Young Leaders’ Programme is an annual exchange programme between the Sultanate and Singapore to enhance the existing bilateral relationship and for future leaders to exchange views on bilateral cooperation, regional and global development.

Hosted alternately between the two countries, the programme was previously held in Brunei in 2019.