Upon arrival, His Royal Highness was greeted by Minister of Education Datin Seri Setia Dr Hajah Romaizah binti Haji Mohd Salleh in her capacity as the Chairperson of the UNISSA Council; and UNISSA Rector Dr Haji Norarfan bin Haji Zainal.

His Royal Highness delivered a sabda and signed the launch plaque before touring the university showcase exhibition themed ‘Islamic Technology Drives Development of Ummah’ on the ICC Concourse.

The theme highlights the university’s efforts in the digital services, learning and teaching and its contributions to the community. 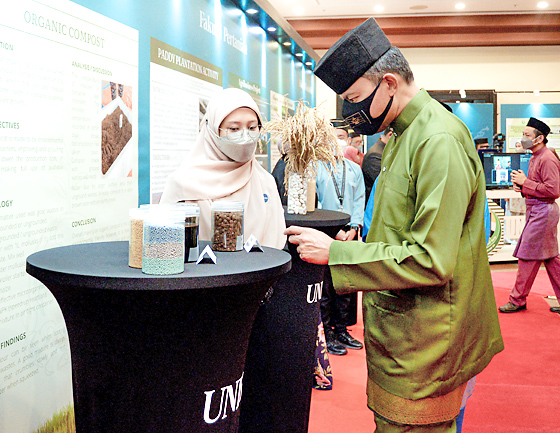 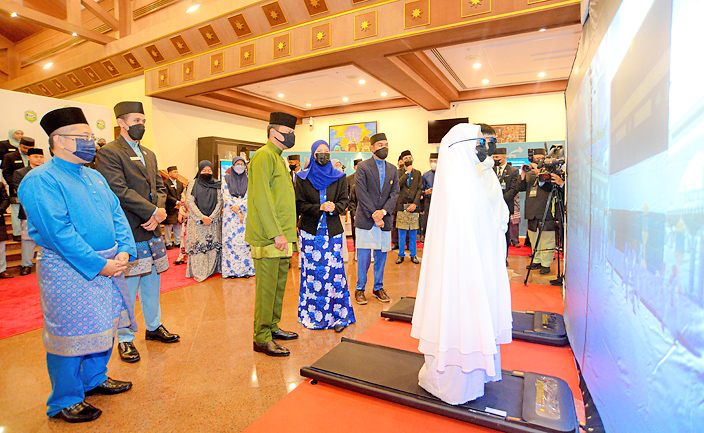 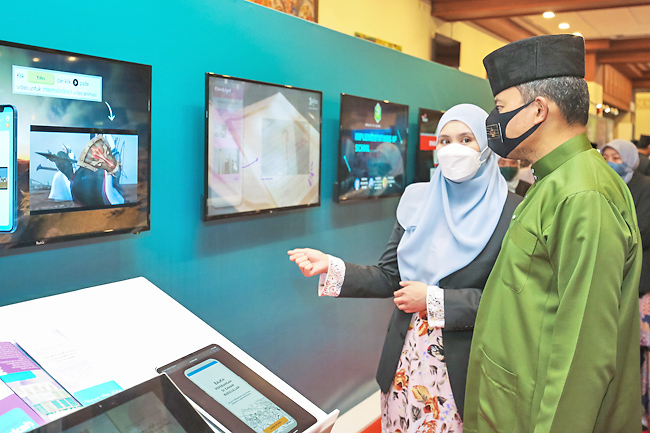 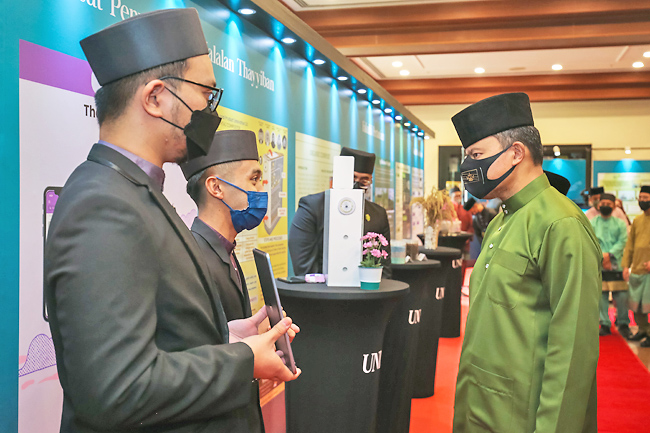 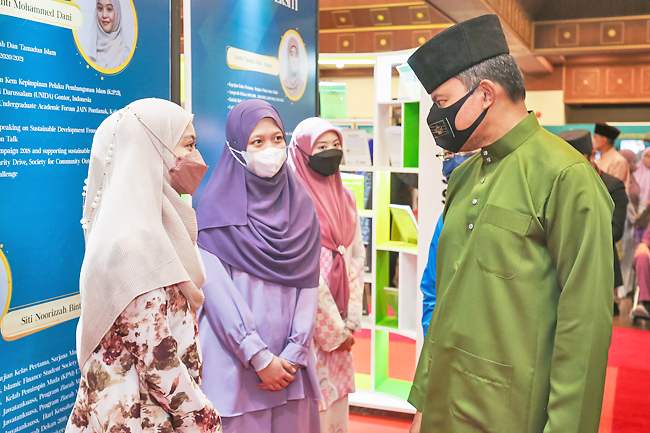 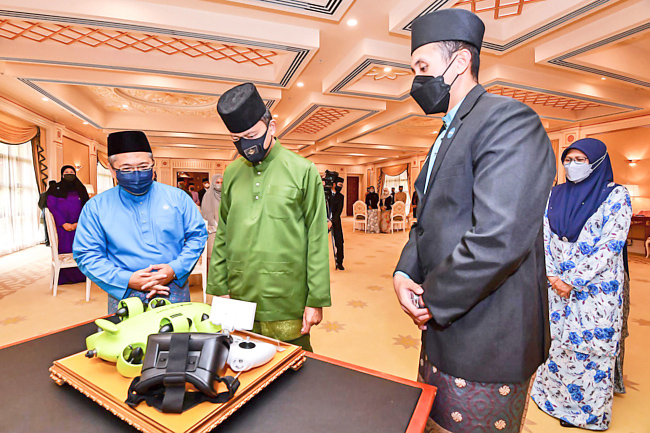 The exhibition showcases’ include the technology for implementation of Ibadah and Dakwah as well as Islamic education and finance.

His Royal Highness also officiated the launching of 28 new books published by the university as well as its Open Journal System (OJS).

His Royal Highness also met with graduates and the university academic staff in a Junjung Ziarah.

His Royal Highness received an underwater remote controlled vehicle (U-ROV) as a pesambah from the university.

The festival included career workshops and briefings, and a bazaar sale open to the public until tomorrow from 8am to 4.30pm.