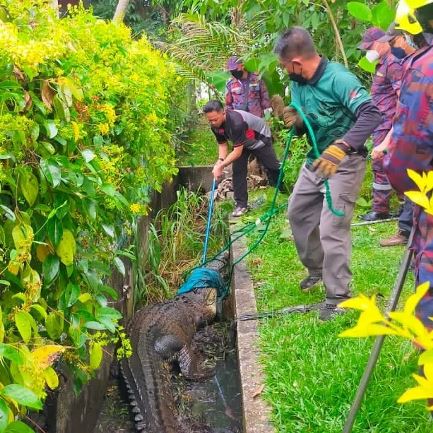 Firefighters captured a four-metre-long crocodile in a drain at Kampong Tasek Meradun on Monday.

Firefighters caught the reptile with a snare catcher and a rope, and handed it over to the Wildlife Division before it had a chance to injure residents.