AP – Leah and Liam Dawson are lawyers. McKenna and Zack Hawkins are doctors. Or at least, Leah was a lawyer. And McKenna was a doctor. Now, they’re wives.

They don’t know each other, but their similarities are uncanny. The two are smart, determined and at least somewhat privileged women, possessing educations, houses, and cars to match their upper-middle class, married white woman lives. But their lives are far from perfect.

Nora Murphy’s debut novel The Favor delicately but unabashedly puts a microscope to domestic abuse in modern America with the added layer of a crime thriller. The novel begins with a vignette describing a woman fleeing the scene of the murder, though it’s unclear which, if either, woman is narrating.

Both Leah’s and McKenna’s partners are affluent white men who have careers in the same fields as their spouses – except Liam and Zack have more experience and authority under their belts. The men use their professional knowledge and connections to bolster their abuse and make it difficult to prove, further trapping their wives and cloistering them in their deceptively nice houses.

Until Leah spots McKenna at a store, recognising herself in the stranger. Fascinated by her, Leah follows and watches McKenna while Liam is out of town, building tension with every intoxicated day that goes by until finally, Leah is compelled to intervene. 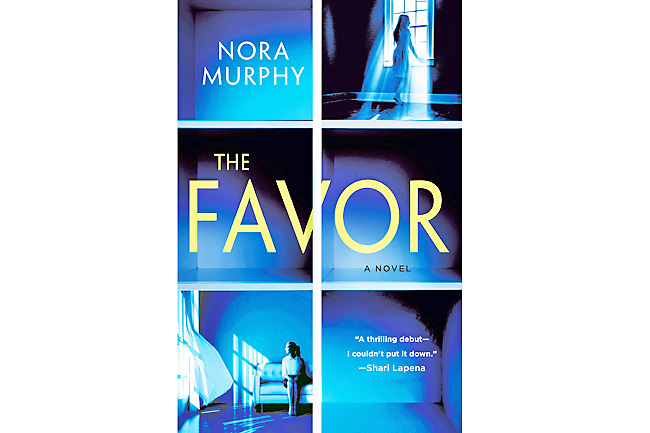 Perhaps a well-executed favour could free them both. It would take recognising the abuse and finding carefully concealed evidence to get anyone to court.

Murphy applies her own research and experience representing survivors of domestic abuse in court, both in Leah’s lawyerly background and in the two women as they try to stay under the detective’s radar.

The Author’s Note helpfully provides resources for people experiencing abuse and clarifies Murphy’s choice to focus on educated, white women when many people who experience domestic abuse are non-white and don’t hold degrees.

The Favor possesses an undeniable momentum even as you dread what it will throw at you next. But it’s more nuanced than typical thriller fare, offering a broad, detailed, inside look into domestic abuse, showing just how abuse can happen, why it continues, the forms it can take and the struggle to heal and build a new life after escaping it.