Crawford, fighting in front of home fans at the CHI Health Center arena in Omaha, Nebraska, sent Avanesyan sprawling with a right hook at 2:14 of the sixth, improving to 39-0 with 30 knockouts.

A former undisputed light welterweight world champion, Crawford made his sixth defence of the title he claimed when he stopped Australian Jeff Horn in the ninth round in June of 2018.

No opponent has taken Crawford the distance in more than six years.

He punished Avanesyan in the sixth with repeated left upper-cuts, finally following one short left with the right hook that knocked the challenger out cold.

Crawford’s 10th straight knockout ended the six-fight winning streak of Russian Avanesyan, the reigning European Champion in the 147-pound division who fell to 29-3 with one draw and 17 knockouts. 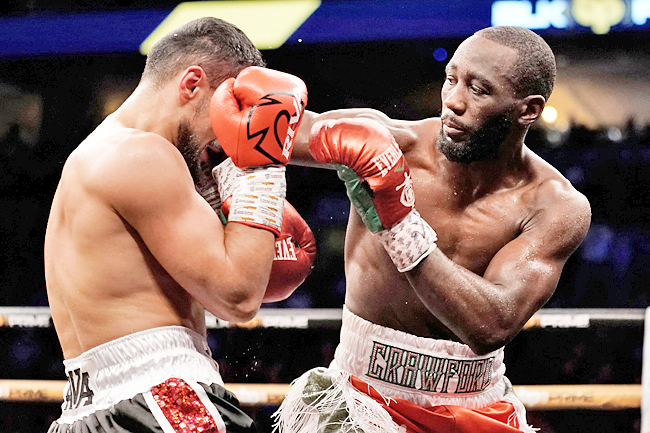