WASHINGTON (AFP) – More parents are questioning the necessity of routine vaccinations for young children. Adults are skipping shots as well, even for vaccines with a long safety record.

The trend comes amid a wave of misinformation and disinformation about COVID-19 and the vaccines that helped to stem pandemic deaths. Politicisation of the COVID-19 shots has bolstered the anti-vaccine movement, contributing to the decline in routine immunisations for measles, polio and other dangerous diseases.

“They ask if these are truly necessary, or if we can give them at later times,” said a Texas paediatrician and spokesperson for the American Academy of Paediatrics Jason Terk.

“This is not the majority of parents, but we are seeing a higher number.” The anti-vaccine movement has mushroomed as its messages on social media are amplified by conservative political figures as well as foreign influence operations, whose vaccine disinformation efforts pre-date the pandemic.

With routine immunisation rates falling, concerns are growing about a resurgence of diseases which had largely been eradicated in many parts of the world. 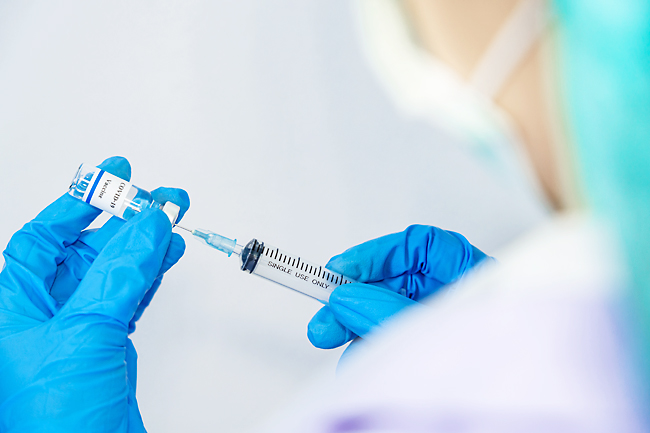 In the United States (US), the percentage of kindergarten children with recommended immunisations fell a percentage point to 94 per cent in the 2020-21 school year, representing some 35,000 children unvaccinated.

“I refer to it as the parallel contagion,” Terk said. “This seems to have at its origin hesitancy in COVID-19 vaccinations and increasing distrust of vaccines and the bodies we’ve relied on to keep us healthy and well.” Dramatic changes were seen in some states, especially during the height of the pandemic: researchers found a 47-per-cent drop in immunisation rates in Texas among five-month-olds and a 58-per-cent decline for 16-month-olds between 2019 and 2020.

The researchers, writing in the scientific journal Vaccine, said the declines resulted from shelter-in-place restrictions and vaccine exemptions, but also to “an aggressive anti-vaccine movement in Texas”.

Washington state reported a 13 per cent decline in childhood immunisation rates in 2021 compared with pre-pandemic levels and Michigan’s vaccination rate for toddlers fell last year to 69.9 per cent, the lowest in a decade. Adult and adolescent inoculation rates have also dropped for vaccines protecting against diseases such as influenza, hepatitis, measles, tetanus and shingles, according to health consultancy Avalere, which analyses insurer claims.

This has led to an estimated 37 million missed vaccination doses from January 2020 to July 2021 for adults and children ages seven and older, Avalere found.

Declines early in the pandemic can be attributed to shelter-in-place orders and social distancing, but “there is a risk of a bleed-over” of Covid vaccine misinformation, which affects other vaccines which have a longstanding safety record, noted Avalere managing director Jason Hall.