KOTA KINABALU (THE STAR) – Police have detained six female secondary school students in Kota Kinabalu, Sabah in Malaysia in connection with a video of a schoolgirl being beaten up at an Inanam school that went viral.

The students aged between 13 and 16 and a 17-year-old former student were picked up at about 11.50pm on Friday.

The incident occurred following another confrontation that took place between the group of students, and that it was triggered due to name-calling. City police chief Assistant Commissioner Mohd Zaidi Abdullah said they made the arrests after the father of the girl who was in the video lodged a report over the incident on Friday.

The 20-second video was widely shared over WhatsApp and Facebook since Thursday. 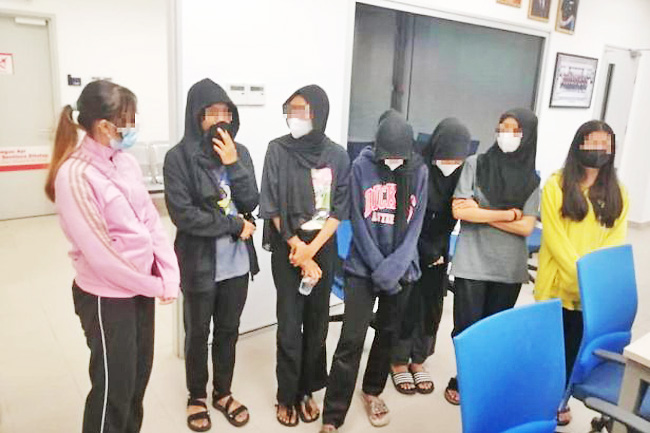